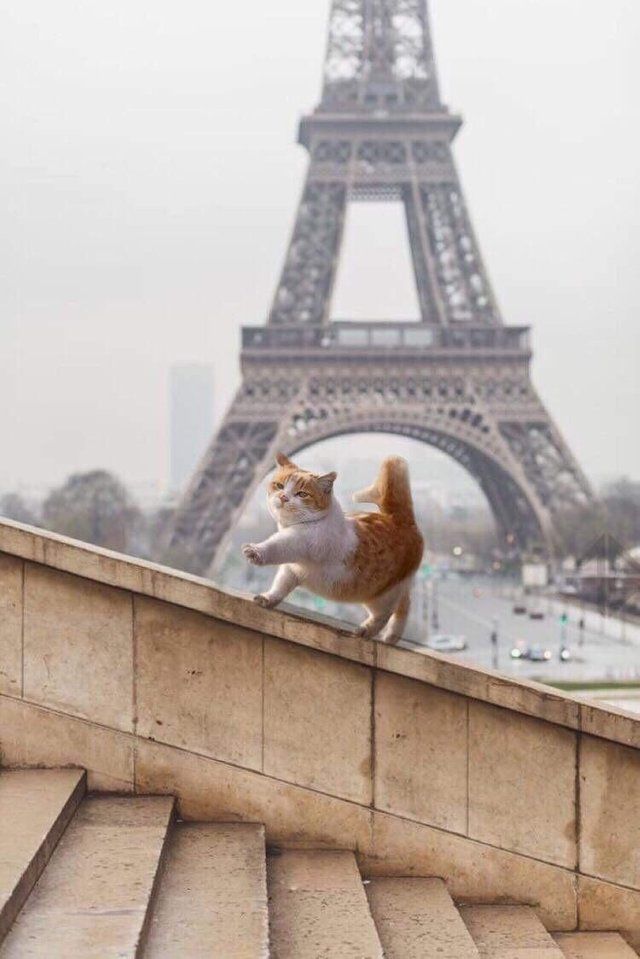 From the sweet-scented lavender fields of Provence to outstanding art galleries and fine cuisine, France is one of those countries you want to tour and perhaps reside in.

You can never run out of things to do no matter how long you live there. Paris alone will keep you engaged for months if not years.

Whether you want to fall in love, eat well, dress well, dream big, or be a part of something huge, France has got you.

Don’t get us started on the chateaus and palaces, tourist attractions, Marseille beaches, art creative, wine, and cheese.

You have to find your way there to experience everything.

Besides living life on a big spoon, the French love their pets. According to Statista, there were 15.1 million domestic pet cats in La France in 2020.

To put this in perspective, the country’s population was 67.39 million in 2020. This means that about 1 in 4 French households own a kitty.

These guys fancy dogs, cats, snakes, fishes, you name it.

The cat breeds found in many French homes range from Maine Coons to The Bengals to The Norwegian Forest Cat and Domestic Shorthairs.

Besides importing cat breeds from the United States, China, Japan, and other European countries, France also boasts cat breeds that originated from its country.

Like the Savannah Cat has its roots in the United States, certain kitties can be traced to La France.

For those with a love for French cat breeds, we have three suggestions for you:

Also referred to as the “smiling cat of France”, the Chartreux is a legendary and unique kitty from the French Republic.

Granted, the breed is rather rare in the United States but the French have had it since the 16th century.

According to the Cat Fancier’s Association, the Chartreux was named after the French Carthusian monks who bred them actively.

Although the breed almost went extinct during the Second World War, it was brought back by committed breeders.

It is a beloved royalty cat that was owned by the high and mighty, one of whom was President Charles de Gaulle.

This kitty comes in a fabulous gray coat found in a few breeds out there.

It is easy to confuse him with the common British Shorthair but the two breeds are different from each other.

The latter has many color variations, unlike the predominantly gray Chartreux. This one also has a short to medium-length double coat, unlike the Shorthair with a beefier body.

His head is oval-shaped and dotted with round golden or copper eyes. When he looks at you with those eyes and wags his tail a little, you will give him all the treats in the pantry.

Chartreux cats are special in every way. For one, they are always happy, thanks to the shape of their faces that make them look like they are smiling.

Add that to their overall beauty and you end up with a totally adorable kitty.

They also have some of the most amazing personalities in the feline kingdom. A Chartreux may be silent but he sure knows how to communicate, have fun, move with the speed of lightning, and just play with you.

Watching him zip through the house or chase the rat will make you crack your ribs.

With soft, stunning hair of middle length, the Chartreux sheds moderately. There are seasons where you will find cat hair everywhere and others that you will barely notice it.

Combing the coat daily helps with shedding and avoids matting. Be sure to comb your kitty and not brush to loosen and remove hair clumps stuck in the undercoat.

All in all, this sweet French breed is great for people that love chic and elegant cats with moderate grooming needs and friendly personalities.

They are absolute lapcats that can snuggle with you on the couch as you catch up on your favorite TV show.

The Birman or “Sacred Cat of Burma” is another lovable French domestic cat breed to own.

Unlike the Chartreux with medium hair length, this one has long, fluffy hair that gives his coat a silky texture.

He also has contrasting white glove-like things on the paws that make him look like he is wearing socks on his paws. Additionally, the breed also has signature sapphire blue eyes.

The Birman originated from Birmanie which is the French form of Burma.

The first pair of cats from the breed arrived in the United States in 1959. They were recognized by the Cat Fanciers Association in 1967 and now—many years later—they are a favorite breed in the country.

The breed is born white but as he grows, he adorns a cream or white coat. The face, tail, and legs are darker in color.

If you are looking for an affectionate, calm, and loving kitty, this one fits the bill.

Birmans give so many cuddles and expect head-scratching and petting in return. They are also naturally curious and friendly.

However, they are shy around strangers but exist well with kids and other pets.

Birmans are not your outgoing cats. They are much quieter and love staying indoors than exploring the great outdoors.

You will catch them cuddling with their owners as opposed to chasing birds and rodents around the house.

You can train them to sit, run to you, be gentle, use the cat carrier during travel, fins something, and do special tricks like “high-fives”.

Despite having a silky fluffy coat, the Birman doesn’t need a lot of grooming. As long as you brush the coat daily to remove hairballs and bathe him occasionally, he will be clean and healthy.

His lifespan is 12-16 years which is pretty much the common number for kitties.

Last but not least, the Serrade Petit is a rare cat breed that also originated from Republique Francaise.

This one is a relatively new breed. Therefore, it is not well-known in the United States and everywhere else for that matter.

No international cat association has registered it yet so very little is known about the breed.

However, this is a small kitty weighing 6-9 pounds. From face value, the coat appears coarse but in reality, it is soft to touch.

It doesn’t have much hair but it gives the body good coverage.

One of the most distinguishing features of this kitty is its large ears, small head, and medium-length legs complete with tiny compact paws.

His body is delicate compared to those of other breeds.

Looks aside, the Serrade Petit is laid back. He is not a very active and playful cat.

He occasionally plays games with the family but he can get bored fast and retreat to hunting small game or lounging on the sofa.

The good thing about him is that he is adaptable and doesn’t mind living indoors. As long as there’s enough space to display feline tendencies, he will be good.

Another pro of owning him is that he demands less from his owners. He only asks for cuddles and some level of attention from you and that’s about it.

Feel free to invite him for family activities as he enjoys playing with the kids.

To keep him mentally stimulated, offer plenty of toys and other forms of entertainment such as games.

As for grooming, weekly brushing of the coat will keep dead hair at bay.

Other Popular Cat Breeds in France

Like the Americans, the French love cats. In fact, the country is ranked among the top 10 countries with the highest population of cats.

It is also among the two European countries with the highest population of cats according to Statista.

So, besides the mentioned native French cat breeds, you will still find several breeds of cats in France just as you would in the U.S.

Here are the top 10 most popular breeds (French accent added):

If you are going to welcome a French cat breed into your home, learning how to call a cat in French will definitely come in handy, especially when talking to a potential cat breeder.

To make your work easier, here are a few French cat vocabularies to know:

La France has an abundance of everything. It has some of the best physical attractions, food, nightlife, culture, you name it.

The citizens of this beautiful country also love cats.

Despite owning the popular breeds, they also have a few of their own. These have roots in their beautiful country and the world has got to know and love them.

If you are looking for an adorable French cat breed to either own or adopt, you have three options to choose from.