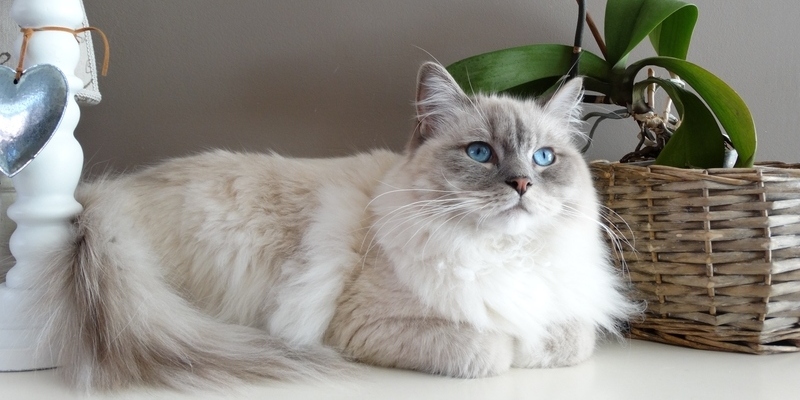 With their long and fluffy coats, long-haired cats are pleasant to look at and soft to touch.

Humans have a thing for anything plush including the coat of a long-haired kitty.

The feeling you get from running your fingers on such a pet is out of this world. It is calming, joy-filled, and uplifting.

Plus, such a cat makes great shots for the gram. No doubt you will fill your gallery with pictures of your long-haired fur baby if you had one.

Getting a long-haired kitten is not a straightforward process. If you are a breeder, you have to play your cards very well.

It is not just a matter of picking two random cats and breeding them. If you did this, you would end up with all kinds of kittens.

In this guide, we will talk about what happens when you breed two short-haired kittens. Specifically, can they have long-haired kittens?

Coat Length in the Feline World

Whether a cat has short or long hair is a factor of his genes or more correctly, genes passed down to him from his parents.

The longhair gene is recessive while the shorthair gene is dominant. Simply put, a recessive gene shows its effect if the kitten has two copies of the said allele.

On the other hand, the dominant gene shows its effect if the cat has only one copy of the said allele.

So, when two longhair cats mate with their short-haired varieties, the resulting offspring will be only short-haired kittens.

However, if the kittens mate with each other, some long-haired kittens will result. This applies if the parents carry the recessive long-haired gene in their DNA.

From the explanation above, it is clear that the answer to this question is in the affirmative.

If two cats with short hair, each with one copy of the long hair recessive gene mate with each other, some of their kittens will be long-haired.

However, the breeding cats should have the recessive gene in their dominant allele from their parents.

So in a sense, the grandparents determine the outcome of the children. If there are some long hair genes present up the reproduction chain, long hair kittens are inevitable in the third generation.

The Other Side of the Coin

With that said, it is not always a guarantee that when two short-haired cats mate with each other, they will automatically get long-haired kittens.

You cannot just pick two random cats with short coats, breed them, and hope they will get kittens with long coats.

Additionally, even with two short-haired cats having long-hair genes, you may not always get all long-haired kittens.

For starters, the only shorthaired cats that can get long-haired kittens are those with the long-haired recessive gene.

We have already established this fact. They must have received the gene from either their parents or their grandparents.

It is not just any short-haired kitty that can mate and produce long-haired offspring.

Also, if a short-haired cat with the long-hair recessive gene mates with another shorthair with the same gene, the kittens will be in three different categories – shorthairs, shorthairs carrying the long hair gene, and longhairs.

This means that some (not all) kittens resulting from two short-haired genes carrying the long-haired recessive gene will be longhair.

What Does This Mean For Breeders?

If you are a professional breeder or a cat reproduction enthusiast, you just learned a thing or two about how feline reproduction works.

If you are looking for long-haired kittens, you can breed longhaired cats or shorthairs with the longhair recessive gene.

What matters is the DNA of the cats and those of their parents/grandparents.

Two longhaired cats have longhair recessive genes in their genetic makeup. Therefore, when they mate with each other, they are bound to produce long-haired kittens only.

For a shorthair cat, the qualification to getting long-haired kittens is having the longhair recessive gene in their DNA.

So, you will need to breed two such shorthair cats to have a handful of long-haired kittens.

The actual number of longhairs in the litter is hard to predict. You’d just have to wait and see how things play out.

You may also mate a shorthair carrying the longhair recessive gene with another longhair cat.

The results will be more or less the same. Some of the kittens will have short coats (without the longhair gene), others will be shorthair with the longhair recessive gene and the last category will have long coats.

It is hard to imagine that two shorthaired cats can produce long-haired kittens.

Nevertheless, it happens if both cats carry the recessive longhair gene.

Granted, not all the kittens will have long coats but some of them will.

It really just depends on the DNA of the parent cats.