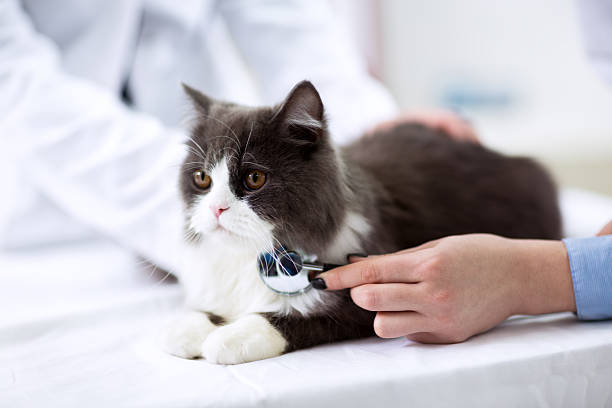 A feline’s body is pretty amazing. Despite being tiny, many biological processes go on in there at any given point.

From digestion to respiration and metabolism, different regions and systems work hand in hand to create balance.

The heart has to keep beating to make sure blood is carried to all organs. The musculoskeletal system must operate at peak performance lest the kitty develops all kinds of mobility problems.

Have you ever asked yourself what your kitty’s respiratory is really like?

Does it work just like your own? What if she has one lung as opposed to two? How about the working of the very lungs? Does the cat breathe through the lungs or some other part of the body?

Well, we are here to help you answer some of the questions you have concerning a cat’s lungs.

How Many Lungs Does A Cat Have?

The feline respiratory system is more or less like that of humans.

Like us, our feline friends have two sets of lungs on each side of the heart. These look like air sacs and fill up most of the chest cavity – the area between the base of the neck and the diaphragm.

Lungs are vital organs in all creatures – cats included. Having two is a safer bet for when one lung is impaired by an illness, disease, or something of the sort.

How Do Cat Lungs Work?

Cats’ lungs have two main functions in the feline body – breathing and perfusion.

The first is simply the act of inhaling and exhaling oxygen from the environment and out of the body.

Perfusion, on the other hand, is the process of transporting oxygen from the inhaled air into the blood.

Oxygen is swapped for carbon dioxide from the circulatory system, the latter of which exits the body as inhaled air.

The lungs essentially provide a large surface where oxygen and carbon dioxide are effectively swapped.

The physical action of breathing involves a coordinated interaction between the brain, lungs, diaphragm, and the circulatory system.

Oxygen goes in through the nose into the nasal passage at the back of the cat’s throat.

Behind the nasal cavity is the pharynx whose job is to further transport the air into deeper tissues.

After passing through the pharynx, air goes through the trachea past the bronchi, and into the lungs.

Do Cats Breathe With Their Lungs?

Lungs only form part of a cat’s respiratory system. The entire network consists of several organs such as the airwaves (nose, throat, pharynx, and larynx), bronchi, and the actual lungs.

It is the involuntary movement of a cat’s lungs that causes inhalation of air from the environment.

After the air is rid of the oxygen, the lungs also move to expel the carbon dioxide through the nose or mouth.

So, yes, cats do breathe with their lungs.

Can Cats Breathe Through The Mouth?

Sure, experts recommend using the former but we often find ourselves using either as the situation commands.

Cats, on the other hand, are nasal breathers. This means that they are designed to breathe only via the nose.

If you have a cat, it is rare to see them hanging out with an open mouth.

Felines take rapid but quiet breaths. Apart from calm chest movements, it is difficult to see a kitty taking in and exhaling air.

Having said that, a kitty can also breathe through the mouth under certain circumstances.

Often, they do this when they have an underlying issue in the respiratory tract causing unlimited or no oxygen supply.

When your kitty is using her mouth for breathing, take it as an indication that she needs to see the vet.

Why Is My Cat’s Belly Breathing?

A healthy cat should exhibit chest movements but not belly movements.

The latter is predominantly a symptom of labored breathing as a result of disease including asthma (airway disease), heart failure leading to fluid buildup around the lungs, bleeding, foreign objects logged on the throat, pleural effusion, nose/lung tumors, or trauma.

Take the cat for medical attention if his belly is moving as he breathes.

Do Cats Steal Your Breath?

Some believe that newborns and toddlers suffocate when a cat comes near them.

Well, there’s no scientific backing to prove the claims. What happens is that cats snuggle babies thereby causing accidental suffocation.

Additionally, babies are very sensitive and can die from all kinds of things. Being next to a kitty doesn’t mean she will die from intentional suffocation by the feline.

Do cats have lungs? Yes, they do. Not one but two elastic sacks that are located on either side of the heart.

They use these to breathe oxygen from the air and exhale carbon dioxide from the body to the environment.

Lung disorders and ailments can cause your cat to breathe via the mouth but this shouldn’t be the case.

Now, you know a few more things about your sweet feline friend’s anatomy.