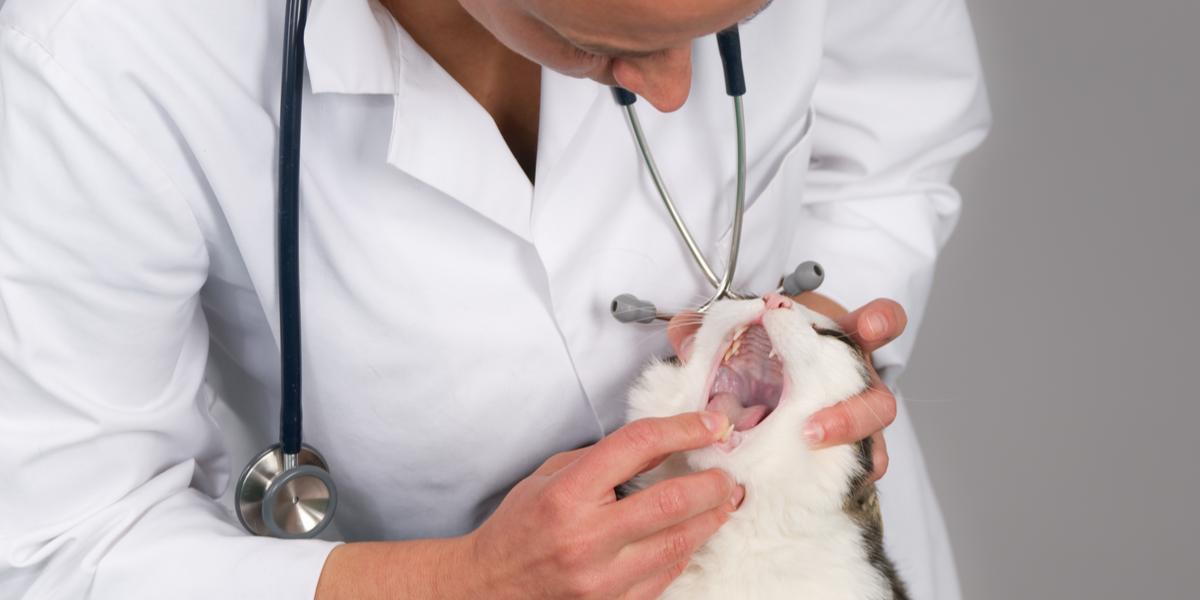 For anyone that has suffered from mononucleosis in the past, the mention of the word mono sends chills up the spine.

This viral infection commonly referred to as the ‘kissing disease isn’t easy to deal with.

For one, it causes uncomfortable symptoms such as sore throat, swollen lymph nodes, fever, sore muscles, fatigue, and loss of appetite.

Unlike the common cold that goes away in a matter of days, mono can stick around for up to 7 weeks. That is a pretty long time to be in pain and agony.

When you own a beloved furry friend, it is natural to wonder if they can catch mono—most importantly, if you can transfer the illness to them.

With all the discomfort that comes with mono, no pet parent wants to imagine their kitty suffering from it.

If you are one of them, we have got you covered. In this post, you will learn whether your cat can get mono, if she can get it from you, and other bonus topics on the same subject.

Mono is essentially an infectious illness caused by the Epstein-Barr virus (EBV).

It is more common in people than animals with WebMD claiming that 85-90% of US adults get exposed to the virus by their 40th birthday.

Most people exposed to it never present mono symptoms during their lifetimes.

The infection is mostly spread through saliva, no wonder it is called the kissing disease.

However, it can also be passed from one person to another through shared utensils and food.

Can Cats Get Mono?

For a long time, cats were believed to be safe from the kissing disease.

The reason is that the EBV virus didn’t seem to have any effect on their mononuclear cells. That means that even if they are exposed to the virus, they will not really contract mono.

Well, all that changed when a 2011 study revealed that EBV was present in Taiwanese dogs and cats.

The researchers’ goal was mainly to determine if other canine populations had EBV and whether the infection was in any way linked to dog lymphoma. They also wanted to find out if cats could get EBV.

The results indicated that EBV antibodies or a virus equivalent to EBV were present in 38% of cat sera.

The findings show that the mono-causing virus has mutated over time. No longer are your cats safe from it like they were decades ago.

The conclusion made was that although these antibodies and viruses were detected, further investigation is necessary to make a good finding.

Can You Give Your Cat Mono?

Now that you know that your kitty can get EBV, the next question on your mind would be whether you can transfer the virus to her.

Sure, if you kiss your kitty with mono saliva, an exchange of spit will happen and the virus might land on the cat.

The good news is that like people, most cats don’t really show symptoms of mono despite having the EBV virus.

So, even in the unlikely chance that your furball gets the virus from you, she may never suffer from the kissing disease.

My Cat Has Mono-Like Symptoms: Should I worry?

If your cat is presenting mono-like symptoms, don’t immediately rush to the conclusion that she has mononucleosis.

Sore throat can equally mean that the kitty is suffering from an upper respiratory infection, rhinotracheitis, or calicivirus.

In short, take time before concluding that your kitty has mono when she’s perhaps down with something else.

The best course of action if your kitty has symptoms pointing to the kissing disease is to take them to the vet.

Mono in cats is diagnosed pretty much like it is in human beings.

The vet will do a blood count and antibody tests along with a physical exam like checking for swollen tonsils and lymph nodes.

How Long Is Mono Contagious For?

According to Healthline, mononucleosis is contagious for up to 18 months after contracting the virus.

However, most people can pass the virus for three or so months after the symptoms die down.

What this means is that despite not showing symptoms, you can very well transmit the virus to other people and your cat.

If you happen to catch the disease, you will want to take extra measures to ensure your household and friends don’t get it as well.

That means not kissing the cat and people, using separate dishes, eating food on your plate, and coughing on a handkerchief to minimize the spread of the virus.

Precautions to Keep Your Cat Healthy

Your kitty relies on you to keep her safe. If you have mono, protect her by doing the following:

I. Avoid Kissing Her

Even though cats are not kissers like our canine buddies, they don’t mind doing it from time to time.

If yours cannot resist an invitation for a kissing and petting session, you have to put a stop to the former.

Kissing leads to the transfer of spit hence the spread of EBV.

Until 18 months are over, you might want to bond with your kitty in other ways like petting, games, and walks.

II. Wash Hands and Clothes before Interacting With The Cat

Although kissing is the main form of passing mono from you to the cat, it can also take place through your clothes and hands.

See, if you blow your nose or sneeze, your saliva will land on either of these.

If you immediately play with your kitty, EBV from the moist saliva will be transferred to the kitty. That spells trouble for the poor animal.

To be safe, always wash your hands and put on clean clothes before being in contact with your kitty if you have mono.

Mono is one of those illnesses that no one wishes on themselves or those they love.

Although uncommon, it affects the victim in so many ways.

Cats have recently been shown to carry the EBV or the mono-causing virus. That means you can transfer it to them.

If you have mono, try your best to stay away from making close contact with your cat until a doctor clears you.