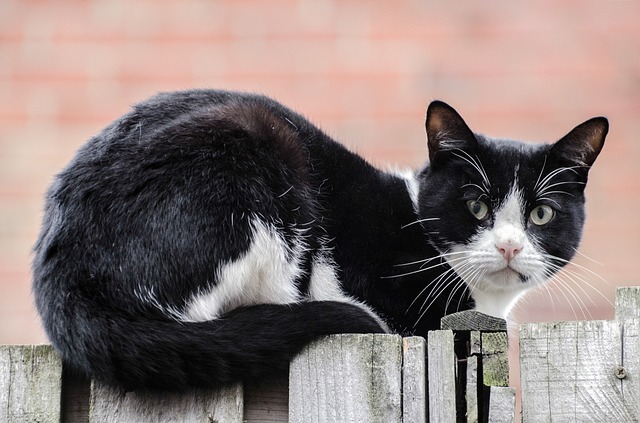 I’m sure you’ve heard some people say that cats are solitary creatures that don’t show any affection at all. But, we cat lovers know that nothing could be further from the truth.

A cat’s breed plays a significant role in determining how the cat relates to her human family.

This was confirmed by a 2019 study published in the Scientific Reports Journal showing that a cat’s breed determines her personality and activity level.

Therefore, to generalize all cats as solitary animals that are incapable of being affectionate is pure hogwash.

In this post, we’ll highlight the 12 least affectionate cat breeds.

However, this does not mean that the cat breeds in this list are unfeeling—they are just less affectionate than most other cats, especially when interacting with humans.

Without further ado, let’s dive in…

(Disclaimer: the list is not in any particular order)

This breed originated from Iran. An adult Persian stands between 14 to 18 inches and weighs between 7 and 12 pounds.

This cat breed is quiet and docile, choosing to only give their attention to their close human family members or a few persons who have earned their trust.

Any other person who visits the household will not receive affection and is likely to be ignored.

The Persians are also sedate and prefer to live in a serene home without much disturbance.

If you’re a busy person during the day and don’t have time for cats, you should consider this breed type as it is okay with being left at home for long periods.

Due to their docile nature, you can also rest easy knowing that this breed type will not cause any distractions by jumping on high areas or dropping things in the kitchen.

Instead, they are content with sticking on one place, especially if it’s a comfortable place like the bed or couch.

The Singapuras are known to possess a tiny voice and are particularly quiet.

They are also one of the smallest cat breeds with unique features such as large ears, large eyes, and a short blunt tail.

Originally, Malaysian locals believed that this breed originated from Singapore and had been living on the Singapore streets.

So, passers-by would hurl insults and physically abuse the cats. As a result, there was fear build-up and mistrust for humans amongst the cats that still exist up to date.

This explains why the cat finds it hard to socialize with humans, especially strangers.

This breed type originated from Russia. A mature Siberian stands at 17 to 25 inches with a weight of between 8 to 17 pounds.

Just like the Persians, the Siberians are also ideal for a person who is often busy during the day, as they are just fine on their own.

Instead of bugging you for attention all the time, these cats will prefer to stay calm, and when they decide to stay active, climbing a tree or a tower will keep them entertained all through.

Due to this independence, a majority of people view them as unaffectionate towards humans.

As the name suggests, this breed type originated from Brazil.

A mature Brazilian shorthair has a medium to large length and weighs between 10 to 22 pounds.

This breed type is obsessed with interactive toys, and as long as you have plenty of them in your house, you can be sure that they won’t demand your affection.

They are also an active cat breed and will enjoy climbing and perching. If your family is a busy one, you might want to try this breed because it won’t mind being left in the house for long hours as long as there are enough toys.

Typically, this cat breed prefers to stay quiet except when it’s time for meals.

They are also devoted and loving towards close family members, but it’s a different story when it comes to strangers.

They are extremely intelligent cats and will sense what a person is thinking and act accordingly.

However, this makes them reserved and unaffectionate towards strangers as they want to be certain that a person is not a threat.

The Korat breed originated from Asia, and particularly Thailand.

The Korats hate noises a great deal and prefer to live in a serene home environment instead of apartments.

If you raise them in a noisy environment, they are likely to become stressed or develop anxiety attacks, which in the end will reduce their lifetime.

This cat breed will also appreciate if you keep the volume of your television, radio, or music system at a low level.

Often, they like to remain passive, and this is interpreted by many people to be a lack of affection.

This cat breed type is known for having a distinctive spotted coat that significantly adds to its beauty.

Maus are affectionate with their owners but are the exact opposite with strangers.

If guests come to your home, don’t be surprised if a Mau hides under the couch until the guests have left.

Animal experts say that the coldness demonstrated by this breed type towards strangers is a result of their shyness.

However, once they get used to you, they can be extremely sweet and loving.

As the name suggests, this breed type originated from Scotland. The term ‘Fold’ is derived from their genetic abnormality where the right ears are usually folded forward.

The Scottish Fold can be used to illustrate what it means to mind one’s own business.

As long as you provide food and drinks, you can be sure that this cat breed won’t bother you for attention.

However, you can still cultivate a good relationship with these cats by regularly providing sweet treats.

If you’re looking for a reserved cat that won’t demand much of your attention, you cannot go wrong with a Norwegian Forest Cat.

Norwegian forest cats have an independent personality and like to operate on their own, at their own time.

They will often be high on a cat tree or a scratching post, visualizing and admiring the landscape.

Once in a while, they will come to you for some hugs and kisses, but this will only be for a short while, after which they will go back to their normal activities.

The Bengal is a crossbreed between the domestic cat and the wild Asian Leopard. This cat breed is known to be highly temperamental and can stay angry or withdrawn for long periods.

Therefore, you might want to avoid being on the bad side with this cat breed.

And no, even sweet treats will not work with a Bengal if you mess up with her moods.

Feline experts indicate that for most Bengals, the temperament is driven by their fear towards humans, and this prevents them from showing any form of affection.

This cat breed originated from Britain, and an adult stands at 22 to 25 inches with a weight of between 7 to 17 pounds.

Typically, a British shorthair is charming and playful. If you have other cats in your household, this cat breed will enjoy playing outdoors with them and won’t demand your attention.

During the day, you can also leave this breed at home alone, and it will be equally content.

The tendency of British shorthairs to operate alone without needing attention from humans results in most people regarding them as cold.

The American Wirehair originated in America, and it is regarded by many as the least affectionate cat breed.

Instead of demanding or showing you affection, this cat breed prefers to take naps in a comfortable sunny spot, both inside and outside the house.

In most cases, the American Wirehair will be quiet and content even when left alone at home.

But, if you want to keep them more entertained, you can introduce interactive games or puzzle toys, and they will love it!

Overall, these are the least affectionate cat breeds. However, as is expected, you will find variations from time to time, depending on how a cat was socialized.

For example, even the most affectionate cat breed may be cold towards humans if she was raised in an abusive environment.

Similarly, a cat in the least affectionate cat breeds category may show excess love and affection towards humans if they have developed a strong bond since birth.

So, don’t be afraid to adopt a kitten in this list for fear that they won’t love you.