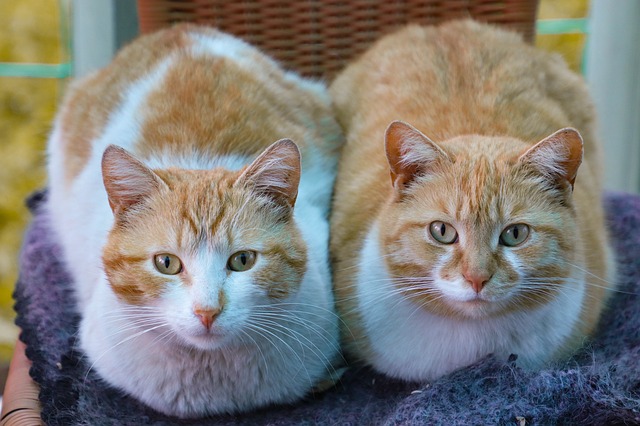 As human beings, we love and thrive in fellow human company. As a pet parent, it is natural to wonder if your cat can use some feline company as well.

Your concern is exacerbated when you see your friend’s two cats playing, cuddling, and sleeping next to each other.

Now, you are close to adopting a second cat to join the family. The only problem is: should you get a cat of the same gender or the opposite?

Well, when it comes to cats, things can be really complicated.

For one, kitties actually love being alone. Not only do they prefer solitude and independence, they prefer it.

Secondly, cats are super territorial. They loathe the idea of sharing their space with another. Yet, some kitties are welcoming to strangers.

In this guide, we delve deep into the gender issue, especially as far as having two cats is concerned. Should you have two cats of one gender or stick to opposite genders?

The Challenge of Owning Two Cats

While some cats give peace a chance as a pair, many more take the opposite direction.

Ever wondered by felines are hell-bent on being on their own? Well, for one, the territory issue of protecting their territory is big in the cat world.

Many of them would rather maintain a safe distance from their neighbors than overlap territories.

Under socialization also plays a vital role when it comes to having more than one cat under one roof.

If you are adopting two new kittens, you have the chance of socializing them early enough to co-exist with each other.

However, if you are adding a new member to the family, there can be issues if either cat is used to being alone. The reason is simple – one or both kitties lack social skills because they were not exposed when they were young.

Further, cats don’t particularly fancy change. They would much rather have consistency over change.

Having a new kitty means disrupting the routine of your resident kitty. Don’t be shocked if she reacts by being unfriendly to her new friend.

Lastly, the good old personality clash can cause war in a house with two cats. Perhaps one cat is laid back and enjoys sleeping and being quiet.

If the second cat is the opposite—loves playing, biting, running around, and just being active—you are in for big trouble.

Opposite Gender Is Always Better

Whether you are planning on adopting two kittens or introducing a new friend to the resident cat, picking two cats of the opposite gender is always the best idea.

The adage goes, “like poles repels and unlike poles attract”. Two cats of the same gender see each other as a threat. Dominance issues almost always arise.

In the case of two males, the thought of sharing the women within the territory doesn’t fly well with them. Conversely, for queens, it is better to remain as the focus of the house than have another girl running around.

When you bring a male and female cat, there’s no guarantee that they will exist peacefully but the odds of success are much greater.

However, two cats from the same litter are likely to be peaceful around each other no matter the gender.

If you have the opportunity of picking out littermates—no matter the gender, grab it and run. Both will grow up around each other and develop a strong unbreakable bond.

Do Kittens Miss their Siblings?

Cat Depression After New Kitten: Does It Exist? (Plus How to Deal with It)

Will Two Kittens Bond With Me?

Female cats prefer male company – well, at least most of them do.

Two males can butt heads but neutering can reduce the problem greatly.

On the opposite side, two female cats (despite being spayed) seem to be the hardest to get along with each other.

For a female cat, being the “queen” of the castle is more important than anything. She enjoys being the center of attention, eating her meals in peace, and being able to urinate on her litterbox by herself.

With the presence of another female, the cat will know she will need to share—a fact she will not be happy about.

In addition, female cats are territorial as well. They may not be as fierce and dead serious about it as their male counterparts but they love protecting their territories.

You will often see her peeing on the fence or the couch just to ward off strangers.

You would imagine that spaying will help but your female will still be adamant about sharing her space with another female cat despite being spayed.

Males, on the other hand, can be a tad welcoming towards each other if they are neutered.

Having said that, no two situations are similar.

Two females can get along better than two males. Things like the size of your home, personality matches or clashes, the relationship between the cats, and the age of both cats come into play.

If you are adopting a new cat who is much younger than the resident cat, success is likely.

Also, a big home with more than one floor will make things easy with regard to territory.

If your resident cat is already welcoming and socialized, she is likely to be cool with a new female cat than a male who is anti-social and wary of strangers.

To Sum It Up

It is better to have two cats of the opposite gender than those of the same gender.

If you have to get one gender, go for two males rather than two females.

However, the best way would be to adopt two kittens from the same litter. Here, sex doesn’t affect anything and peace will be assured forever.

If you are adding a new feline, pay attention to the personality (a close match is better), age (the younger the new cat the better), socialization of the cats, and the size of your home (the bigger the better).

Cats are solitary beings. Although they can learn to share their territory with other kitties, they are born to exist on their own.

So, the next time you think of putting two cats under one roof, always keep this in mind.

If things don’t seem to work out between your feline friends, consider rehoming one cat.

If you are up for a little light reading, here are some gender-related posts to consider: