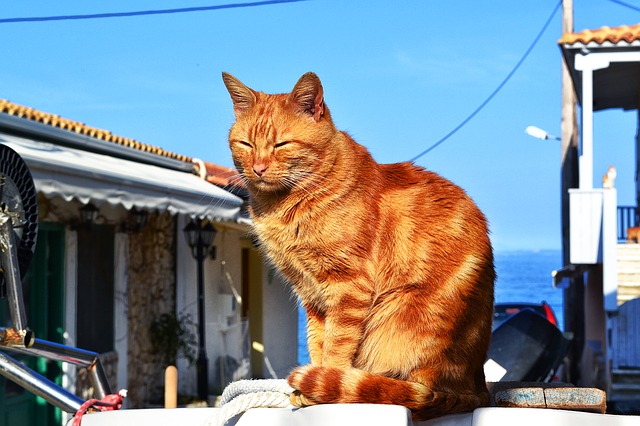 The average person knows that cats mate aggressively and loudly with the result being a bunch of little kittens. Well, that’s not really the whole story. There’s more to cat reproduction than meets the eye. For instance, did you know that the actual mating is what stimulates the female cat to release eggs? Or that an intact tomcat has a spiked penis that causes the ovulation to happen in the first place? That a female cat can give birth to a litter consisting of kittens sired from different dads?

We could go on forever. The fact is, reproduction in cats is quite complex. This is the reason cat owners prefer neutering their kitties. This way, there’s no drama in the house. However, if you choose to breed your cats, bravo! You are a heroic, patient, and accommodating pet parent.

We are here to help you learn more about the mating process, specifically what to expect your cat to behave after mating.

Once you bring a female puppy home, you always know at the back of your mind that she’ll become sexually mature one day. Some of these adorable feline creatures can get there pretty fast (in a matter of ten weeks) but most of them wait until around the ages of 4-10 months. This is when your once normal and sweet little friend starts to groom herself more and display unusual affection towards you.

Before long, she will start to attract males by making loud vocalizations, rolling on the floor, and rubbing her body against stuff. When this happens, better act fast if you don’t want babies because sooner or later, she will have a litter of her own.

When on heat (a period called estrus), your fur baby will be flirtatious around male cats. If you have one at home, the female will begin doing stuff to attract him to her. Yes, even if they are siblings or parents of the female cat. Felines don’t have anything like incest in their world. As long as he’s of the opposite gender, he can become the father of her kids.  In case there is no male cat around, the female will go out and look for one.

When she finds him, she will try to play hard-to-get games but will eventually move to a head-down submissive position to show her readiness to be mounted. The tomcat will then insert his penis into her vulva, bite her neck, and mate. After a few seconds, he will withdraw and wait for her to be ready for another round. This will go on up to 30 times within a few hours or days.

Immediately after mating, a female cat (or the queen) still has her estrogen hormones up in the air. Some of the behaviors exhibited include the following:

1. Rolling On The Floor

Almost all female cats roll on the floor after mating. The surge of hormones is responsible for this frenzied behavior. Some say that they also do this to try and get rid of the scent of the tomcat before moving on to another one.

If you know a thing or two about female cats, you can confirm that they don’t choose sexual partners. They can mate with multiple ‘boys’ when they are on heat, as long as the tomcat is willing. There’s even a term called ‘brotherhood’ which refers to the number of cats waiting on the queue to mate with the queen once the first tomcat is exhausted.

Besides rolling on the floor, a female cat will also lick her genital area repeatedly after mating. As mentioned before, male cats have barbed penises. When going into the vulva, the spikes lie flat and don’t hurt the girl in any way. However, when the tomcat pulls his organ out, the spikes stand up and deliver pain to the female cat. Most people wonder why female cats scream at the top of their voices during mating. It is not a display of pleasure but rather one of pain.

Owing to the fact that mating takes place up to 30 times at once, the female cat’s genital area can be very irritated. She thus licks it just to stop the irritation and possibly get some relief.

In addition to licking her genitalia, the cat will also lick all other parts touched by the tomcat. This includes the back of her neck after being bitten severally by the male during mating.

Last but not least, a female cat tends to move all over the place after mating. The restlessness is brought about by the hormones and all the irritations and pain in her body. Mating is just too intense on her part and she often will require a minute or two to compose herself.

How Do Male Cats Act After Mating?

Male cats are composed throughout the entire mating period. They have no drama whatsoever except biting the females but even that is done to protect them from her attacks. When the girl is ready, the male will trade carefully; circling around her until she assumes the mating position. Even if the lady shows aggressive behavior, the tomcat never retaliates. He will sit tight until the girl is ready for mating.

After mating, the boy will quickly leap away from her—an act that causes the girl to have an ‘after reaction’ often accompanied by growling and being aggressive towards the male. The tomcat will then lick his penis and paws and proceed to sit near the girl or go away to groom and clean himself on his own. When she’s ready again, he will know and will come back for another round. Else, he will disappear completely from her presence if he’s tired or if he’s not wanted anymore.

Related Post: How to Tell If Cat Mating Was Successful

Mating does a number on a female cat. From having a rush or hormones all over her body to feeling pain in her vulva to having her neck bitten, she goes through a lot. After the mating is over, she will act abnormal a bit until her body is back to normal again. That’s the price she has to pay to be called mom.