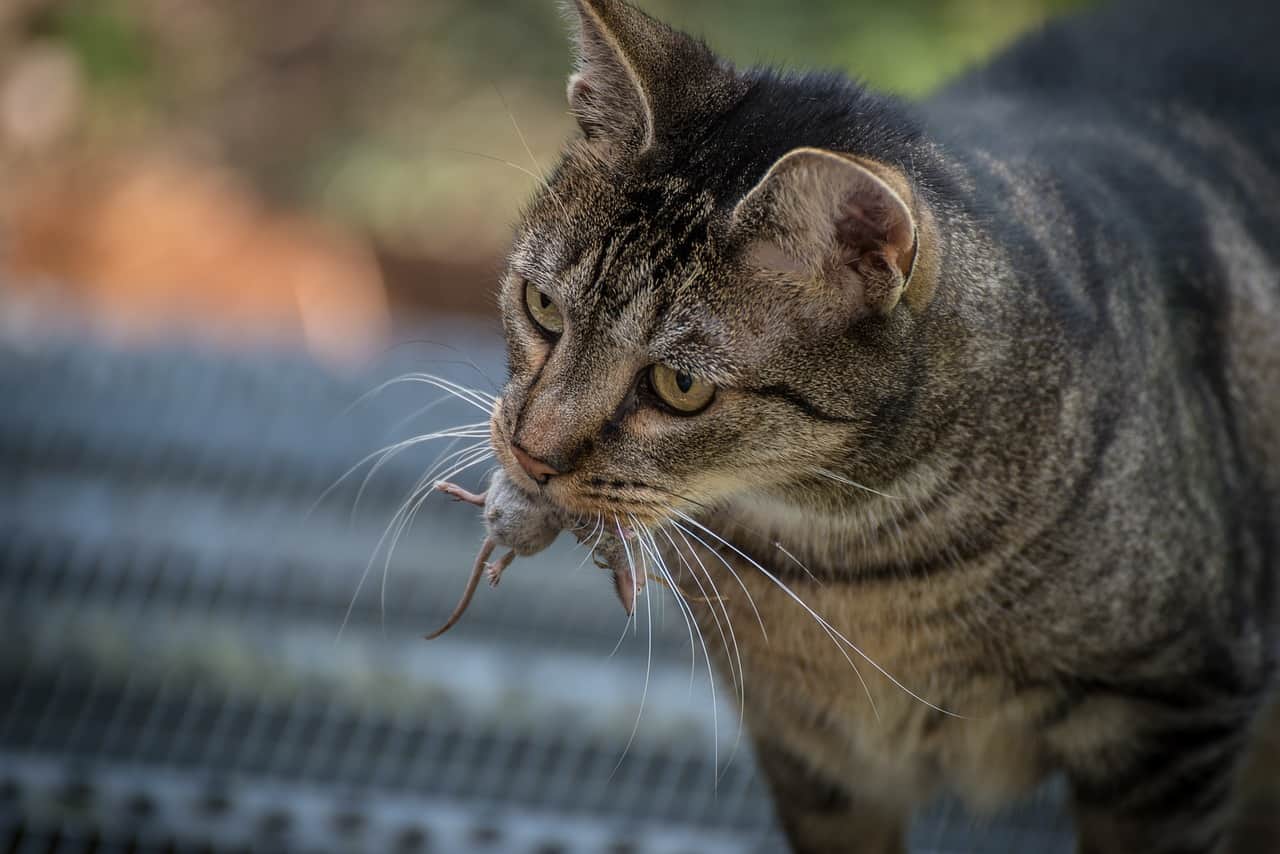 Cats have been known to make all sorts of vocalizations, from purring and trilling to yowling and growling.

But meowing is by far the most common sound that cats make. Scientists believe that meowing is a form of communication that cats use with humans and other animals.

This means that when a cat meows, it may be trying to get our attention for something specific, like food or affection.

Some experts also believe that meowing may be a way for cats to mimic the sounds of human infants, which often brings them extra attention from their caregivers.

Whatever the reason, it’s clear that cats meow because they know it gets our attention.

So, why do cats meow when they catch a mouse? Here are some possible reasons:

Reasons Why Cats Meow When They Catch A Mouse

Meowing is simply a way for cats to celebrate their successful hunt. After all, catching a mouse is no easy feat, and it’s natural for cats to want to let others know when they’ve accomplished something great.

Cats meow to show their prey who’s the boss. By meowing, cats are essentially saying, “I caught this mouse, and I could have done anything I wanted to it. But I’m letting it go.”

In other words, it’s a way for cats to assert their dominance over their prey.

A cat that keeps vocalizing is more likely to stay focused on the task at hand, which in this case is hunting down prey.

Additionally, meowing may help a cat scare off potential competitors for the same meal.

By making noise, the cat is essentially announcing its presence and saying, “This prey is mine!”

As we have already pointed out, cats meow to communicate with their human companions.

Cats may have learned that meowing gets them the attention they desire, whether it’s food, water, or simply some love and affection.

Why Does My Cat Play With Dead Mice?

There are a few reasons why your cat may play with dead mice. One reason could be that they are trying to show you their hunting skills.

If your cat is meowing while playing with the mouse, it may be trying to tell you that they have caught something and want you to see it.

Another reason could be that they are trying to eat the mouse. Cats are natural predators and their instinct is to kill and eat small prey.

Consequently, your cat may be trying to tell you that they are hungry and want you to give them something to eat.

Try to provide your cat with food or toys that will satisfy their natural predatory instincts.

Do Cats Leave Mice As Presents?

No, cats typically do not leave mice as presents. Mice are small prey animals and catching them is instinctual for cats.

While your cat may enjoy the occasional game of catch with a mouse, they are more likely to see it as a tasty snack.

If your cat is constantly bringing you dead mice and other small creatures, they may just be trying to tell you that they’re hungry.

How Long Will A Cat Wait For A Mouse?

The answer to this question depends on the cat’s personality. Some cats are more patient than others.

Some will wait for a mouse to come out of its hole, while others will try to lure the mouse out with their meowing.

A patient cat will crouch motionless for as long as it takes to pounce on the mouse but impatient ones will give up and move on to other activities.

Experts believe that females are better at catching mice than males. This is because they are more agile and have better aim.

Generally speaking, females have a higher success rate when it comes to hunting because they are adapted to hunt for their kittens as well as train them to do it.

That said, males can also be very good mousers especially as they get older.

Do Mice Avoid Houses With Cats?

Mice are adapted to steer clear of cats, which hunt them for food.

However, this does not mean that they will never enter a home that has a feline resident.

If a mouse does find its way into a house with a cat, it will likely try to avoid the animal by staying hidden.

If the mouse is caught by the cat, it may emit a high-pitched noise called a distress vocalization. This sound is meant to alert other members of the mouse’s species that danger is present, and it may also startle the cat into releasing its prey.

As any cat owner knows, our feline friends are known for their purring and meowing as their primary mode of communication.

So, the next time your cat meows after catching a mouse, just know they are trying to communicate with you.

Maybe they are just excited, trying to assert their dominance, or letting you know they are famished.