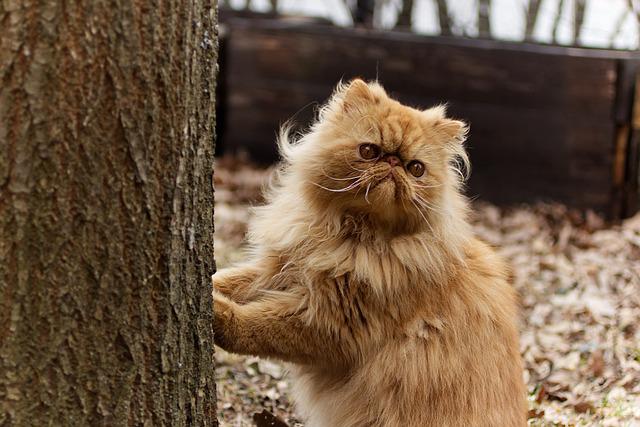 Long-haired kitties are such a beauty to behold. Their luxurious coats seem to add an extra level of elegance and refinement.

But most long-haired cats are also large which may not be everybody’s cup of tea.

So, what do you do if you want a long-haired cat that is small in size?

Well, you are in luck today as we’ve compiled a list of 12 small long-haired cat breeds that are perfect for anyone looking for a feline friend.

From the sleek Siamese to the cuddly Ragdoll, there’s a perfect small long-haired cat breed for everyone.

Read on to learn more about these adorable cats!

The Munchkin is a small cat breed with short legs and relatively long hair.

The cat’s body type is similar to that of a regular domestic cat, but its legs are significantly shorter.

This breed is one of the most popular small cat breeds and is recognized by several major cat registries, including the International Cat Association (TICA) and the Cat Fanciers Association (CFA).

Munchkins come in a variety of colors and patterns, including tabby, calico, and solid black.

They are generally healthy cats, although they may be slightly prone to joint problems due to their short legs.

The Turkish Angora is a small to medium-sized cat breed that is known for its long, silky fur.

These Kitties typically weigh between five to ten pounds. They are one of the oldest natural breeds in the world, originating in Turkey.

They also shed a lot so you may have to do lots of vacuuming. Suffice to say this is not a low-maintenance breed.

These kitties are intelligent, playful, and make great companions. They would, therefore, be great pets for those who have enough time and energy to keep them engaged.

This small long-haired cat breed is named for its unique ears, which are folded forward and down.

They originate from Scotland and are known for being very affectionate and loyal to their owners.

While the original Scottish Fold was a black cat, there are now many different colors and patterns available. The most common are tabby, calico, and tortoiseshell.

Scottish Folds are known for being playful, gentle, and affectionate cats and they do very well in small spaces.

They enjoy being around people and other animals tool. This would be an ideal pet for apartment dwellers.

The Balinese is a long-haired cat with Siamese-style point coloration and blue eyes.

The Balinese is also known as the purebred long-haired Siamese since it originated as a natural mutation of that breed and remains very similar in appearance. In fact, the two breeds were considered one until the 1950s.

Like the Siamese, the Balinese are vocal cats and are known for their “chirping” vocalizations.

They are also active and playful, particularly when young, and love to climb and explore their surroundings.

Balinese are intelligent cats and can be easily trained to perform tricks or behaviors on cue.

The LaPerm is a small to medium-sized cat that weighs between four and eight pounds.

They have a wedge-shaped head with large ears that sit high on the head.

The LaPerm has a long, flowing coat that can come in a variety of colors and patterns.

They are an affectionate and intelligent breed that enjoys being around people.

They are also known for their playful nature and their ability to get along with other pets.

The Somali is a very elegant cat, with long legs and a slim, lithe body. They are very active and playful and love to climb and explore.

Their coat is thick and soft, with a beautiful ruff around the neck.

They come in many different colors, but all have striking amber eyes.

Somalis are very social cats that love to be around people. They are intelligent and curious and make great companions.

This small long-haired cat breed is one of the most popular in the world.

The Persian has a beautiful coat of long, thick fur that requires regular grooming. They are also known for their round faces and big eyes.

Persians come in a wide variety of colors, including white, black, blue, cream, and gray.

They are a relatively calm and quiet breed, making them a good choice for families with children.

While they may not be the most active of cats, Persians still enjoy playing and being petted.

They typically weigh between eight and 12 pounds.

The Himalayan, or “Himmie” for short, is a beautiful cat that resembles a miniature version of a Persian.

They have long, silky fur that requires daily grooming to prevent mats and tangles.

Himmies are friendly and affectionate cats that enjoy being around people.

While they are not as active as some other breeds, Himalayans still enjoy playing and will often carry around their favorite toys.

They are a relatively calm breed that does well in homes with children and other pets.

This Turkish breed is one of the largest of the small long-haired cat breeds.

They weigh between 11 and 20 pounds and have a muscular build.

The Turkish van is known for its “van pattern” markings, which are white with colored patches on the head and tail.

These cats love water and are good swimmers. They are also very active and playful.

The Siamese is a slender, graceful breed that originates from Thailand (formerly Siam).

These cats are known for their triangular heads, big blue eyes, and pointy ears.

They come in a variety of colors, but the most popular is the seal point, which is brown with darker brown “points” on the face, ears, legs, and tail.

Siamese are very social cats and love being around people. They are also very vocal and chatty.

One of the most appealing things about Siamese cats is their personality. They are very inquisitive and playful, and they form strong bonds with their human companions.

The American Curl is a small to medium-sized cat that typically weighs between five and nine pounds.

They have curly ears that give them their name and their coat is silky and long.

American Curls are good with children and other pets and make loyal, loving companions.

They are curious and playful cats that enjoy exploring their homes and are always up for a game of chasing a toy or playing with a hidden treat.

American Curls are intelligent cats that can be easy to train, and they love to learn new tricks.

The Birman is a beautiful and regal-looking cat that hails from the mountains of Burma.

Also known as the “Sacred Cat of Burma”, the Birman is a medium to large-sized cat that typically weighs between eight and twelve pounds.

They have long, silky fur that is usually white with brown or black markings.

Birmans are known for their gentle dispositions and make excellent companions.

They are also relatively playful and active cats, and enjoy being around people.

If you are looking for a loving and affectionate feline friend, the Birman may be the perfect cat for you!

There are a variety of small long-haired cat breeds to choose from. Each breed has its own unique personality and physical characteristics.

When choosing a small long-haired cat breed, it is important to consider your own personal preferences and lifestyle.

With so many different breeds to choose from, there is definitely a perfect match for you and your family.