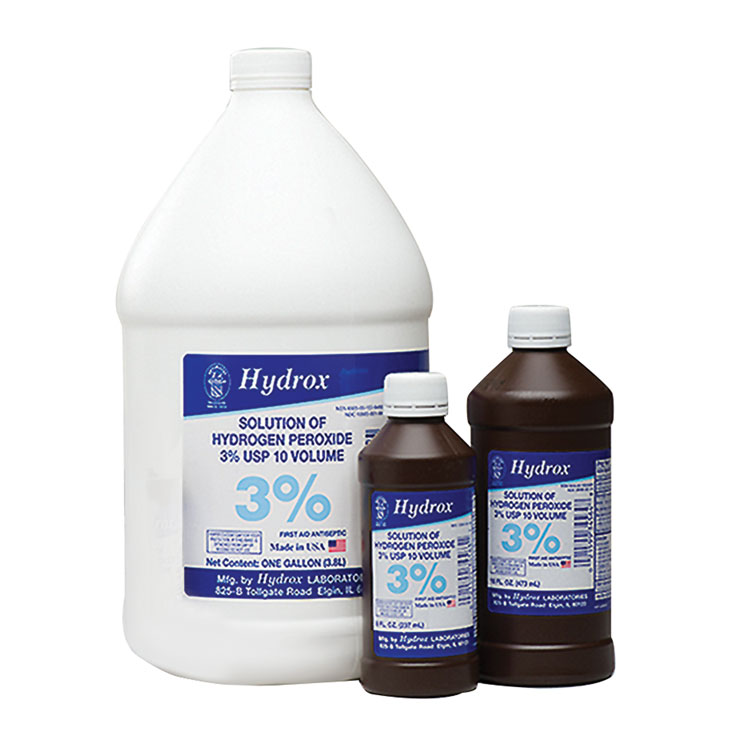 Cats are known for their cleanliness, and they typically groom themselves very well.

However, there are times when they may need a little help from their humans. For instance, if your cat has a cut or wound that needs cleaning, you may want to help her.

And so the question begs – can you use hydrogen peroxide to clean your cat’s wounds?

Hydrogen peroxide is often used as a disinfectant and cleansing agent. It can kill bacteria and viruses, which makes it ideal for cleaning wounds.

However, hydrogen peroxide can also irritate tissue and cause burning.

In today’s post, we will delve deeper into this subject to see if or not you should use hydrogen peroxide on cats. Let’s jump right in!

What Is Hydrogen Peroxide And What Are Its Uses?

Hydrogen peroxide is a common household item that is often used to clean wounds.

It is a chemical compound that is made up of two hydrogen atoms and two oxygen atoms.

It is a pale blue liquid at room temperature and has a slightly bitter taste.

Hydrogen peroxide is often used as a disinfectant or antiseptic because it can kill bacteria, viruses, and fungi.

It is also used as a bleaching agent and oxidizer.

Is Hydrogen Peroxide Safe For Cats?

The short answer is that hydrogen peroxide is generally safe for cats when used properly.

However, caution must be taken because it can be harmful to your cat when ingested.

According to the ASPCA, hydrogen peroxide is toxic to cats and can irritate their skin and stomach.

If your cat ingests or comes into contact with hydrogen peroxide, it’s important to contact your veterinarian right away.

In the meantime, you can try flushing your cat’s skin with cool water and giving them a small amount of milk to drink.

The safe way to use hydrogen peroxide on your feline friend is by applying small amounts of the diluted substance to a specific area of the skin.

When used in small amounts, hydrogen peroxide is generally safe for cats.

However, there are a few side effects to be aware of. For instance, if used too often, it can cause skin irritation.

In rare cases, it may also lead to vomiting and diarrhea, especially if accidentally ingested.

If you notice any of these side effects, discontinue use and seek veterinary care.

Also, you may want to test a small patch of fur first to make sure your cat isn’t allergic to the solution.

How Can I Use Hydrogen Peroxide Safely On My Cat?

As we have seen, hydrogen peroxide can be toxic to cats.

However, it is still great for cleaning wounds and cats as long as you do it the right way.

Here are some precautions that you should take when using it.

When using hydrogen peroxide on a cat, it is important to dilute it before applying it.

The recommended ratio is one part hydrogen peroxide to three parts water.

This will help to avoid any irritation or burning of the skin.

It is also important to only use a small amount of hydrogen peroxide, as too much can be harmful.

Apply the diluted solution to a cotton ball and gently dab it on the affected area.

Do not use hydrogen peroxide more than once or twice a week, as overuse can cause skin irritation.

3. Don’t use it on open wounds

When applied to an open wound, hydrogen peroxide can damage healthy tissue and delay healing.

It can also break down the body’s natural defenses against infection, putting your kitty at greater risk of developing an infection.

For these reasons, it’s best to avoid using hydrogen peroxide on open wounds.

Be sure to consult your veterinarian before using hydrogen peroxide on your cat, as they will be able to give you specific instructions based on your cat’s individual needs.

In some cases, hydrogen peroxide may not be the best option for your cat’s wound, and your vet will be able to recommend an alternative product.

In addition, they will be able to tell you how much hydrogen peroxide to use and how often to apply it.

What Are Some Alternative Methods For Treating Cuts And Wounds On Cats?

If you’re looking for an alternative to hydrogen peroxide for treating cuts and wounds on your cat, there are a few options.

You could try using saline solution, which is similar to what’s used in contact lenses. Saline solution can help to cleanse the wound and prevent infection.

You could also use a mild antiseptic soap, such as diluted dish soap.

Finally, you could use a topical antibiotic ointment to help prevent infection.

These remedies can help to cleanse the wound and kill any bacteria that may be present.

Whatever method you choose, be sure to consult with your veterinarian first to make sure it’s safe for your cat.

In conclusion, whether hydrogen peroxide is safe for your cat or not largely depends on how you administer it.

For starters, you should always consult a vet before using it just to be sure your cat can handle it.

Secondly, hydrogen peroxide is too concentrated for your feline friend and it might be a good idea to dilute it in water first.

Lastly, avoid using it on open wounds as that might cause skin irritation.

If you follow these precautionary steps, hydrogen peroxide should be safe and effective for cleaning wounds and cuts on your kitty.