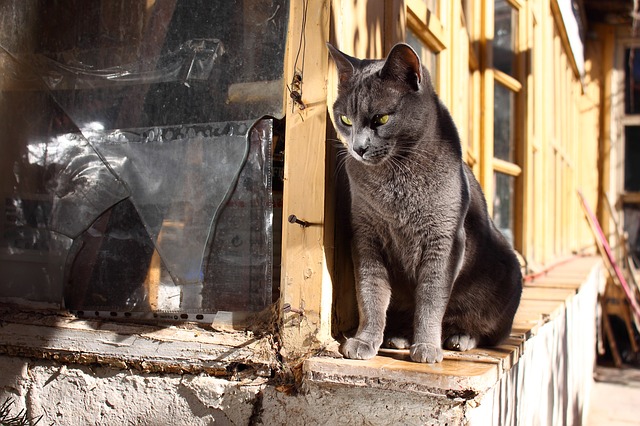 There are plenty of reasons people own cats. Some do it purely for companionship. They love having a feline around the home to cuddle with, play with, and basically share life with. Others own a cat to ensure that their home is always rodent-free. Either way, cats make for great additions, no matter the family setting. They give plenty of joy to the owner in so many ways.

On average, a kitty has a lifespan of 2-16 years. If you take good care of yours, she will live well beyond her tenth birthday. However, when a cat lives for three decades, she instantly becomes a sensation. That doesn’t happen every day. In this guide, we’ll shed light on one of the most frequently asked question questions among cat lovers:  how old was the oldest cat?

First Things First…What Was the Name of the Oldest Cat?

According to the 2010 Guinness World Records, the oldest Cat to have walked on the planet is a female tabby mix by the name of Crème Puff. The kitty was born on August 3, 1967, and died on August 6, 2005, making her 38 years, 3 days at the time of her death.

Jake Perry who lives in Austin, Texas had the privilege of owning Puff. Over the years, Mr. Perry has owned many cats in his home. Besides Crème, the cat enthusiast has also owned another old cat by the name of Grandpa Rex Allen who lived for 34 years and 2 months. Grandpa passed away in 1998 and in 1999 the Cats & Kittens magazine named him the ‘Cat of the Year’. He also had an earlier entry as the oldest cat in the Guinness World Records.

Why Did Crème Puff Lie For That Long?

Well, in all honesty, the longevity of a cat depends on a number of factors including size, breed, and diet. According to Jake Perry, the secret to Puff’s longevity mainly lies in her diet. For the most part, the kitty enjoyed dry cat food with supplements such as eggs, broccoli, turkey bacon, and coffee with cream. Additionally, Jake offered the cat a drop of red wine every two days. He claims that the wine is actually what is responsible for her longevity saying it circulated her arteries.

True to Perry’s claim, wine does work as a vasodilator. Humans with hypertension are often advised by medical practitioners to drink a little wine. This helps to dilate blood vessels and thus promote a healthy blood flow. Vasodilated arteries make sure the heart doesn’t work extremely hard to pump blood to the rest of the body. Jake learned this secret a long time ago no wonder he is the owner of the oldest cats. He actually claims that all his cats live to be thirty and above.

In addition to keeping a solid diet including an occasional eyedropper of wine, Perry also kept Puff very active at home. He did all he could to make sure Puff and other cats always stayed busy. This Includes building wooden steps leading to the home so that the cat can climb up and down the steps on a daily basis. Jake also built a screened fence in his backyard dedicated to his pets to attract them to spend time outdoors.

Perry went a mile further and set up a movie theatre in his garage specifically for his character. The big screen often showed nature documentaries meant to keep his kitties mentally stimulated. Clearly, this guy loves cats with such an immense passion.

For Crème Puff to have lived for almost four decades, a lot of effort must have gone into raising her. From the information above, Jake Perry takes pride in giving his cats, including Puff, the best that life has to offer. This is a great lesson for all cat owners out there.