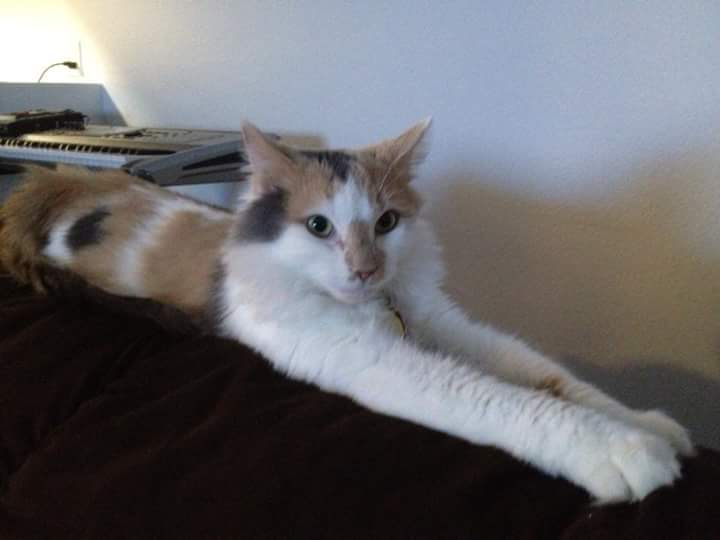 Cats radiate quiet beauty and warmth. They know how to strike a balance between being independent and reliant on human contact.

This makes them great as family pets. They know how to fit into a family with dogs, kids, adults, and pets.

As you shop around for a cat, you might have noticed that different breeds come with different physical characteristics.

Some are tall and others short. There are varieties with short fur and others with long fur.

Then there are cats with long legs and those with short legs.

Which ones fit in the latter category? Well, we’ll find out shortly but before then…

As your fluffy little feline friend curls around your feet for his second nap of the day, it is hard to believe that he’s a super athlete.

He can run faster than the fastest human being, jump very high, and leap from place to place with such ease.

If you own one, you have probably seen him zip through the room, jump from your sofa to his cat tree and come down fast from a tall piece of furniture.

Turns out, this is just child’s play when you compare what the feisty creature can do when he needs to.

A cat with long legs has the ability to run very fast. Once he hits the ground, he can cover more ground faster than one with short legs.

That’s not to say that cats with short legs are not athletes. All cats can run.

The only difference is how fast they can take off and this has been shown to be heavily dependent on the length of the limbs.

Cats with long legs often have bigger and taller physiques.

If you are searching for tall cats with long legs, check these breeds out.

The Serval is an old medium-sized cat with African origins.

Scientists believe that the breed has been around for approximately 5.4 million years.

Of all felines, the Serval has the longest legs. He is also one of the tallest, meaning the legs are relative to his body size.

His feet have elongated metatarsal bones making the toes long and mobile. This way, the cat can run fast and capture hidden prey.

The Serval also has unusually large oval ears set close to each other on the tiny head (yes, despite his tall physique, this breed has a small head).

The back of the ears bears a black color with a signature white bar.

Servals are nocturnal predators who usually take small animals of about 250g.

However, if an opportunity arises, they will not hesitate to hunt rodents, reptiles, birds, hyraxes, frogs, and insects.

Perhaps the most beautiful cat on the planet, the Savannah looks like a mix between the tiger and the leopard. It is actually a crossbreed that is part Serval and part Siamese.

Measuring up to 30 pounds, this cat is one of the largest out there.

There’s a lot of debate out there as to whether this massive feline deserves a place as a pet or not.

Some people believe it belongs to the wild while others are of the opinion that it can also be domestic.

To support his body, the Savannah features long, slender legs. Expectedly, he uses his legs a lot.

While he can be a lap cat on occasion, he would much rather kill time running, exercising, and playing outdoors.

If you are not ready to own an active and agile feline buddy, leave this one alone.

The Siamese is a remarkably tall cat breed in the feline world.

Every part of his body is long including the legs. The head is long and triangle while the tail tapers to a point. The nose is also long and straight.

This breed comes in a slender body that features a different color from that of the extremities—tail, feet, ears, and feet. This contrast in color gives him a pleasant appearance.

As for his personality, the Siamese is intelligent, affectionate, and friendly.

Training him is easy if you are firm and patient. He can be the ultimate lap kitty who loves to curl next to you.

This elegant medium-sized cat also has long slender legs, which are attached to his strong and lithe body. This makes him great for the outdoors as he loves to use his limbs to run, play, and jump over stuff.

The Abyssinian is a quiet, curious, and intelligent feline.

He thrives in human company and takes every chance to spend time with his human companions.

However, when it is time to play, he will demand a garden with trees, indoor cat trees, and any high place from his owners.

Elegant and sophisticated, the Cornish Rex looks like a Whippet. His body is slim and his legs muscular.

When it comes to taking off, this cat will show you that Whippets aren’t the only animals with speed. He is very active and agile.

The coat is very soft and fine. When you run your fingers through it, you will feel as though you are touching crushed velvet.

Like most cats, his head is small and flanked by huge eyes and ears.

At home, this long-legged feline is very goofy. He enjoys playing catch and fetch with his owners no wonder kids love having him as part of the family.

Cornish Rexes are very affectionate and love hanging out with their owners.

They are also very curious and intelligent and can learn and adapt to different situations quite fast.

The Oriental shorthair is an incredibly sweet feline. He is very chatty, affectionate, and loves to cuddle. If you have one at home, you seldom have dull moments when you are around them.

While this breed doesn’t have the longest legs in the world, it doesn’t have cats with short legs. Most of them have long legs which are relative to the size of their bodies.

“Leggy Teddy” refers to an Oriental Shorthair that caught the attention of the internet for having exceptionally long limbs.

The cat’s owner posted a video on Instagram showing the cat’s legs and garnered massive views in no time.

Granted, this specific cat is an exception but many of his counterparts have relatively long limbs.

The Chausie is a big cat breed resulting from breeding the famous Abyssinian and a wild jungle cat.

He weighs up to 25 pounds, which is a lot of weight to carry around with weak and short legs.

No doubt the Chausie comes with long limbs and an agile body.

With a deep chest, he takes very deep breaths, meaning he has unlimited amounts of energy.

If you engage him in a game of fetch, don’t be shocked if he doesn’t get tired after hours of running around.

Although he can be very energetic and hard to catch up with, the Chausie is a great pussycat. He gets along with other pets including cats and dogs quite easily.

Sadly, he is not the best cat around young kids. He may have retained some of his wild cat traits from his mom or dad and can be aggressive towards kids.

When you cross the Oriental shorthair and the Bengal, you get a stunning medium-sized cat by the name of Serengeti.

The breeder, a biologist named Karen Sausman, was looking for a domestic cat with the wild exotic looks of his cousins in the wild.

True to her desire, the Serengeti cat spots a stately and statuesque physique. The body is strong and muscular which gives the cat a lithe and graceful posture.

His long legs make him some kind of an adorable supermodel. They also make it possible for the cat to reach incredible speeds as she zooms through the yard in a flash.

Speaking of speed, the Serengeti loves to run around and be adventurous.

When you are not home, be sure to leave him with toys, cat trees, and perches to keep him busy until you come back and give him your attention.

The Egyptian Mau is renowned worldwide for his strong and heavily muscled physique.

This medium-sized feline is certainly a strong and active animal. Some of his favorite activities include jumping from tree to tree, climbing up and down high places, running around the house, and chasing small prey among others.

Without doing that on a daily basis, he can easily get bored.

It’s almost as if he knows he is beautiful going by how he carries himself.

He’s always in control of his surroundings, always sitting on high perches and exploring his environment.

Speaking of high perches, be sure to provide enough of those to make him happy, especially if you don’t have actual trees.

All in all, this is a wonderful companion with a balanced temperament.

If you have seen a cat figurine in an Asian restaurant or store, the Japanese Bobtail doesn’t need an introduction for you.

The Japanese and other Asian people believe that the short-tailed breed brings good luck in business and other establishments.

You will absolutely love spending time cuddling with him, playing, and watching him sleep next to you.

He spends most of his time exploring his environment, playing fetch if you are up to it, splashing his paws in the water, and carrying his toys around.

His communication channels include a wide range of meows and chirps – a fact that has earned him the title of the ‘singing cat.”

One of the most popular cat breeds, the Devon Rex is a companion in many homes. His Yoda kind of look with pixie-like features makes him exceptional.

He is medium-sized with a weight ranging from 6-9 pounds.

You will know him by his huge ears that tower above his head, equally large eyes, curly whiskers, and thick head of curly hair.

This breed is very mischievous and curious. He can easily poke his little nose in dangerous places and get in trouble for it.

When he’s not out looking around, he will happy to jump from perch to perch.

With a long body and well-developed muscles, the Somali Cat deserves a spot on this list.

Like all the other long-legged cats, this one loves to put his limbs to good use.

To say he is active would be an understatement. From jumping up and down walls and trees to zipping through the house, this cat loves to play. If there are toys around, he will play with them for hours on end.

When he’s done, he will squeeze you in for some bonding time.

Usually, this means curling up around your feet, spreading his long body across your laps, or rubbing himself against your body.

No doubt this cat loves to interact with his human owners as well as other cats.

Somalis communicate with a soft quiet voice that will always put a smile on your face.

If you have a thing for long-legged kitties, you have this entire list to choose from.

The bottom line is that all these felines love to use their feet a lot. Always keep that in mind.