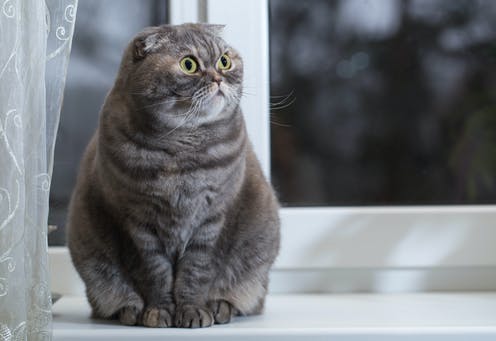 Inbreeding is a term thrown around in canine circles a lot.

In a bid to give rise to dogs with desired and predictable physical qualities and behavior, some breeders practice inbreeding.

Turns out, the bug has bitten cat breeders as well. These days, inbred cats are everywhere.

The rules of inbreeding of cats are not as stringent as they are for dogs.

If you are looking to know about the topic of feline inbreeding, you are in luck. In this guide, we will tell you all you need to know about inbred cats.

In simple terms, inbreeding is the practice of mating close relatives to get offspring. This can be mother and son, father and daughter, or brother and sister.

The idea behind inbreeding is fixing breed traits. It promotes and distinguishes the breed lines.

It also makes it possible to produce uniform and predictable kittens without any surprises.

Inbreeding increases the chance of passing certain alleles from the parent to the offspring.

People looking for specific traits in cats can easily achieve that through the practice.

Variation among littermates is also greatly reduced and creates offspring with a familiar look.

Some people tend to confuse inbreeding with line breeding. What’s the difference?

Well, as aforementioned, inbreeding is a situation where two kitties from one family sharing common ancestors are bred together to maintain certain desired traits.

Line breeding, on the other hand, takes two kitties of similar traits from the same breed but who both come from different pedigrees. Both parents essentially have very little to no ancestry at all. The aim of line breeding is to get desired traits while widening the genetic pool.

Besides inbreeding and linebreeding, there are also:

What Happens If Cats Are Inbred?

When two closely-related cats breed, the resulting kittens pretty much look and behave like their parents.

This amazing ability to predict the outcome of kittens is the number one reason breeders practice inbreeding.

They utilize it to improve breed qualities. If you want to see specific genes passed down from the parent to the kitten, mating closely-related cats is the most effective method.

The practice is common for breeding pedigree cats as it guarantees offspring who look similar.

On the opposite side, inbred cats can turn out to be a nightmare.

Although inbreeding is mostly successful, it can lead to the production of cats with undesirable qualities.

Inbred cats sometimes tend to have behavioral issues such as aggression and violent behavior (we’ll address this shortly).

The most important concern, though, is the inherited health problems common with inbreeding.

What Problems Does Inbreeding Cause in Cats?

Most inbred cats turn out well. Some of them actually have double strengths because of inbreeding.

The issue is those that are victims of inbreeding for generations. The limited genetic pool can pose problems.

However, with inbreeding, the genes are practically drawn from the same pool.

There’s a very high chance that the offspring might end up with two identical genes. This redundancy is what causes physical and behavioral issues in cats.

What Are The Signs Of An Inbred Cat?

How do you tell if a cat is inbred? What do inbred cats look like?

Well, if you are not familiar with inbreeding, you might have a hard time telling if a cat is inbred or not.

Essentially, the most common inbred cat symptoms include the following:

To give you a clearer insight, here are some pictures of inbred cats:

Although not all inbred cats have deformed eyes, some of them do.

Inbreeding sometimes causes a physical defect called photoreceptor dysplasia and it is when a cat’s pupils don’t contract as they should when light hits his eyes.

The medical condition can cause abnormal development of the retina and may lead to blindness later in life.

If the defect affects rods, it may trigger night blindness, and if it affects cones, it will lead to day blindness.

While not all inbred cats have behavioral issues, it’s not an uncommon occurrence.

If inbreeding is done for many generations, it can tamper with the behavior of the offspring.

In dogs, for instance, the practice may cause the inbred canine to be aggressive.  He may play too roughly, attack people for no reason, and terrorize other pets around the home.

The same phenomenon can be seen in some cats as well. An inbred cat may display aggressive tendencies towards you or other cats.

He may not be open to petting, cuddling, and touching. When you try touching him, he may be very repulsive and aggressive. In short, feral behaviors may erupt.

Inbred cats may also have lower intelligence compared to their counterparts. This makes them simply undesirable and hard to house train.

Again, many cats who are victims of inbreeding turn out fine. They don’t show any behavioral issues unless those of their specific breeds.

However, only a handful, especially those that have been overly inbred, can have the aforementioned behavioral issues.

The risk of a cat having an autosomal recessive disorder goes up with inbreeding.

The offspring don’t get a mated pair with successive genetic variation.

The combination of different genes is important to create a cat with a full range of behavioral and health issues.

By limiting the genetic pool used to create the offspring, you consequently limit the attributes of the offspring.

This results in harmful mutations and medical conditions. The following are some of the most common inbred cat problems:

As mentioned earlier, inbreeding leads to a loss of genetic diversity. This means decreased diversity in the immune system’s genes.

When infectious agents attack the inbred cat, the immune system may not have enough alleles to tackle them.

This increases his odds of catching diseases and infections that can be fatal.

An inbred cat also has a high tendency to be infertile. This mostly happens when inbreeding takes place for multiple generations.

You can tell inbreeding has gone too far when a female cat gives birth to unhealthy, small, or disfigured litters.

For instance, those with small legs and flat faces are at risk of suffering from kidney diseases, cancer, and joint problems.

Are Most Cats Inbred?

Despite all the negative effects of the practice, many still carry it out.

Inbred cats fetch a better price in the market. Plus, it is a predictable way of breeding.

This is a safer way of harnessing the benefits of inbreeding while still avoiding its negative effects.

White cats come about because of the presence of a rare gene that hides every other color. This is the precise reason these adorable kitties are very rare.

If cats are anything like tigers, getting a feline with a white coat can only happen via inbreeding for generations. So, yes, white cans can be inbred.

Is It Normal For Cats To Inbreed?

Sometimes, feral colonies would be isolated for long periods. This is either because the cats are in a remote location or because of neutered mates in the region.

The secluded cats had no option but to mate with each other resulting in inbred cats.

Inbreeding is what actually gave rise to domestic breeds like the Manx.

The breed was developed on an Island by breeders who were looking for the tailless gene.

For some reason, the gene spread from the Manx to other cats in the region.

Can Inbred Cats Be Normal?

While inbreeding increases the chances of having a sick, small, or abnormal cat, it mostly gives rise to perfectly healthy felines.

If both parents do not have any medical issues that can be passed down to the offspring, the kittens are likely to turn out okay.

Cats with a short history of inbreeding almost always reproduce healthy kittens compared to those with a long history of the same.

It takes several generations to get unwanted traits. So, when a brother cat and his momma cat mate for the first time, defects are not likely. However, with repeated attempts, abnormality cases go up.

How Long Do Inbred Cats Live?

They are at a higher risk for fatal medical conditions including cancer and heart disease both of which are quite dangerous. Few cats can survive them.

Inbred cats also have weak immune systems which mean that they can catch any health condition.

They also find it hard to adapt to different environmental conditions.

All these factors contribute to their short life spans.

With that said, there are many inbred cats that enjoy long, healthy lives. The issue is the number of generations of inbreeding.

Should I worry about a kitten that is a result of inbreeding?

In other words, are inbred cats bad?

While the inbreeding of cats can cause a host of issues, it can also be harmless. Most of the damage brought about by incest doesn’t occur in the first generation.

However, its negative effects only catch up after multiple generations. There are plenty of inbred cats with zero issues.

Just make sure that the kitten isn’t a result of excessive inbreeding.

Despite having some benefits, the inbreeding of cats is a risky move. As aforementioned, it causes a host of defects and medical issues for the resulting kittens.

How can you reduce the occurrence of these risks? We have a few suggestions below:

I. Fix Your Cats

Millions of cats are put down every day in animal shelters. Why make the situation worse by allowing your cat to breed?

Spay or neuter the lovely pet to be a part of the solution.

Fixing your cats also ensures it doesn’t catch reproductive medical conditions over the course of time and takes care of the problem of inbreeding once and for all.

II. Do Not Breed Closely-Related Cats

If you have to breed your felines, resist the temptation of mating closely-related cats. These include brothers and sisters, sons and mothers, fathers, and fathers and daughters.

Aim for a wider genetic pool to limit unwanted traits.

Any cat with genetic defects isn’t fit to be a parent as it will pass on the defects to the next generation.

To be safe, only choose healthy cats to breed. You might need to test them out for genetic disorders before mating them just to be sure.

That’s it with the ins and outs of inbred cats.

Inbreeding may have some advantages like giving specific traits and keeping a pure bloodline but it can also very be problematic.

If done for many generations, it can cause a long list of issues for the inbred cat.