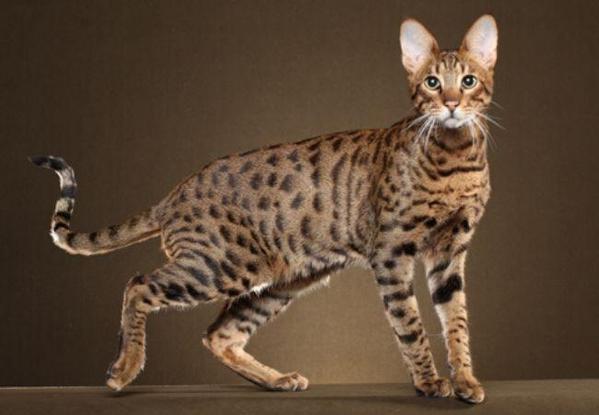 Savannah cats are a new breed of cats that was first bred in the 1980s but was not officially recognized until 2012.

They are energetic, loyal, and quite intelligent. They are also very independent cats.

The savannah is a hybrid—it’s a cross between a domestic and a serval cat.

Serval cats are reputed to be some of the largest cats in Africa. They weigh around 20-40 pounds and can grow to 25 inches tall.

Because savannahs are hybrids, some jurisdictions might have a problem with their ownership.

In this post, we will look at whether you can legally own this cat in Florida. Let’s jump right in!

Are Savannah Cats Legal In Florida?

Savannah cats are hybrids and the law in Florida allows for owning of hybrid animals. This means you can legally own a savannah cat in Florida.

However, the Class II Wildlife (68A-6.002) regulation states as follows:

“Hybrids resulting from the cross between wildlife and domestic animal, which are substantially similar in size, characteristics, and behavior so as to be indistinguishable from the wild animal shall be regulated as wildlife at the higher and more restricted class of the wild parent.”

Simply put, the savannah cat will be regulated by the class II wildlife because it is a cross between the African wild serval cat and a domestic cat. Florida law will therefore regulate the cat as class II wildlife.

According to Florida Fish and Wildlife Conservation Commission, class II wildlife refers to species that are believed to pose threat to humans.

This means that owning a Savannah cat is regulated by the government and you will therefore need to apply for the relevant permits and also meet some requirements.

The following are the requirements needed:

Even though a class II wildlife license requires that the applicant goes through a caging inspection, cats and other smaller animals are exempt from this requirement. That said, your savannah cat must still adhere to the following guidelines:

Even though the Savannah cats are considered safe and thereby allowed in most parts of the country, some states disagree and have consequently outlawed owning them.

States that have a strict ban on savannah cats are Georgia, Hawaii, and Nebraska.

Idaho and Delaware don’t have a ban on the species but will need you to apply for a license, just like Florida.

States that only allow for F4 and later generations include Alaska, Colorado, Iowa, Massachusetts, New Hampshire, and Vermont.

New York is the only state that only allows for class F5 and above. For Texas, the requirements vary from county to county.

If you are looking to own a Savannah cat in Florida, the good news is the state allows you, so you can go right ahead.

However, you will have to meet a couple of requirements as described above and then apply for the license.

That’s because the state considers savannah cats as class 11 wildlife which means the cat is thought of being dangerous.

But if you manage to tick all the checkboxes required for ownership, you should do just fine with the savannah cat.

What to Expect From a Savannah Bengal Cat Mix

Pros and Cons of Owning an F1 Savannah Cat