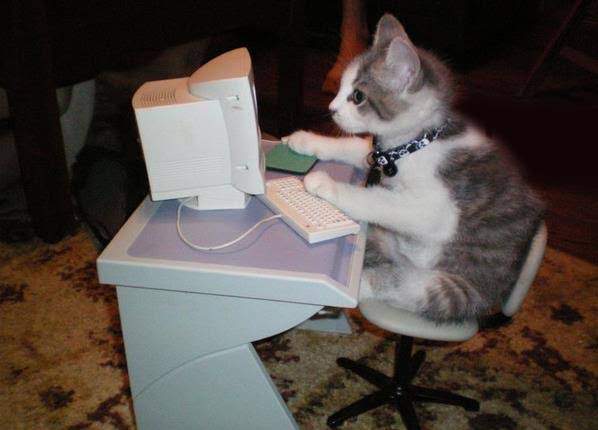 The intelligence of cats has been debated by experts for years. Even the scientific community seems to be disunited on this one.

On one hand, some experts believe that cats are not as intelligent as dogs because they cannot be trained as easily.

On the other hand, others believe that cats are just as intelligent as dogs but they simply lack the motivation to please their owners.

So, who is right? The truth is, we don’t know for sure.

Studies on animal intelligence are notoriously difficult to conduct, and there is no scientific consensus on how to measure intelligence in animals.

However, there are some interesting theories out there about cat intelligence.

Cats, which are typically solitary creatures, simply don’t interact with others as much as dogs do. Therefore, they don’t have the same opportunity to learn and develop intelligence.

Therefore, cats may not be as quick to learn tricks or commands, but they are just as capable of learning them.

Unfortunately, we may never really know for sure. At least not until science finds a way of measuring IQ without relying on linguistics which is currently the case.

For now, we can just compare the intelligence of cats to humans, dogs, and other species as a baseline.

Cat Intelligence Compared To A Child

Even though cat intelligence hasn’t been studied as widely as dog intelligence, there are still some easy tests you can do to tell how intelligent your cat is.

For instance, if you took your cat’s favorite toy and then hid it behind a pillow as the cat watches, she will have enough sense to search for the toy behind the pillow rather than imagine that the toy vanished in thin air.

This test would prove that your cat is at the bare minimum as intelligent as an average 18-month-old baby.

Another way to compare the intelligence of your cat with that of a child is to use a mechanical mouse.

As your cat watches, place the mouse on a surface so that the mouse goes underneath some furniture. As you move the mouse up and down, the cat will most probably try to predict where the mouse will emerge from.

For the most part, the cat will predict the right outcome which would show you that your cat is just as intelligent as a 2-3-year-old.

Many variables determine a cat’s intelligence including the diet, lifestyle, and breed but on average, cats are just as intelligent as 2-3-year-olds.

How High Can A Cat’s IQ Be?

This is a difficult question to answer because only humans can really take an IQ test.

See, linguistic ability is needed for one to take an IQ test and this is why no animal can take the test. This is compounded by the fact that cats flatly refuse to participate in studies.

Persistent researchers have had to go and study their subjects in their homes because the cats ‘wouldn’t follow instructions in the lab.

That said, we can draw parallels that can help us ‘guestimate’ the IQ of cats and other animals.

For instance, even though we have larger brains than cats, Dr. Lorie Huston of PetMD cautions that the size of the brain is not the best metric for measuring intelligence.

The brain of a cat is compartmentalized and this gives the ordinary cat a unique ability to not only understand but also manipulate their immediate environment.

Cats’ intelligence is comparable to that of humans in the sense that they also learn by observation and doing.

For instance, they can lean to close and open doors, turn on switches, ring bells, etc. This type of procedural memory can last for up to 10 years.

It is believed that a cat pairs a memory with an emotional experience associated with her environment. For instance, cats can remember the trauma they experienced at the vets’ office and might even resist going back.

For instance, cats can have awareness of objects that aren’t necessarily visible all the time. This is referred to as object permanence recognition.

Do Cats Have A Higher IQ Than Dogs?

If we were to go with the theory that the size of the brain is proportional to the intelligence, then dogs would automatically be smarter than cats because their brains are larger.

Not only is the brain of the average dog larger than that of an average cat but studies have also shown that the brains of cats have shrunk considerably in the last 10,000 years.

The love for activity in dogs has no doubt helped to develop their brains more as opposed to cats who are not as social as dogs.

This could just be one of the best illustrations of Darwin’s theory of natural selection where dogs have utilized their brains more and have therefore increased their IQ more than cats have.

This would explain why dogs have served not only as Man’s best friend but also as eye-dogs, therapy dogs, guard dogs, rescue dogs, cancer-detecting dogs, bedbug sniffing dogs, etc.

There are lots of pet parents who would disagree though – because there are some pretty smart cats out there.

It is possible to train your cat to do tricks. Some have even trained their cats to use the toilet.

It would appear that through training, cats can actually be smarter than they are but for the most part, we can safely infer that dogs are smarter than cats.

Which Cat Breeds Have The Highest IQ?

The breeds of more intelligent cats will learn tricks easily, will interact freely with other pets and animals, and will easily adapt to new surroundings.

The five cat breeds that are considered to have the highest IQ are:

Cats are intelligent animals that can be compared to humans in terms of their ability to learn and remember.

While it is hard to give an exact IQ number for cats, studies have shown that they have the intelligence of a 2-year-old toddler.

While dogs may have larger brains than cats, this does not necessarily mean that they are smarter.

Some cat breeds tend to be more intelligent than others, with the Abyssinian, Balinese, Bengal, Burmese, and Cornish Rex being some of the smartest.