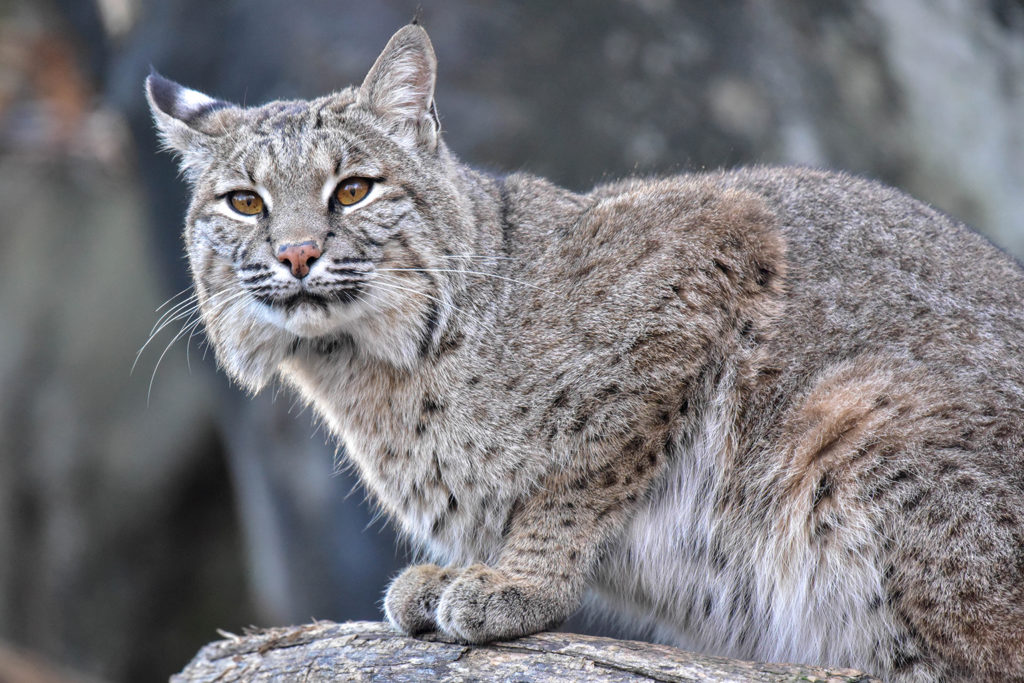 Bobcats are known to vocalize for a variety of reasons. Though they are typically shy and solitary animals, they will sometimes let out a blood-curdling scream when threatened or feeling agitated.

This primal instinct to warn off potential predators or rivals is deeply ingrained in these wild felines.

Bobcats will also yowl, growl, and hiss when they are communicating with other members of their species.

This can be anything from a simple greeting to a warning to stay away.

When a bobcat screams, it is most likely due to one of these reasons below.

Bobcats are known to mate for life, and during their peak mating season, males will let out screams to attract a mate.

Because we don’t interact with them too often, not very many people have heard the mating call of a bobcat but those that have will agree that it is a blood-curdling scream.

When a male bobcat is trying to attract a mate, he will let out long screams that can be heard for miles.

The scream sounds eerily similar to a woman in pain, and it can be very unsettling for those who hear it.

2. Warn Others of Danger

If a bobcat is feeling threatened by a predator, it may also scream to warn other animals in the area.

This instinctive behavior is meant to help protect the bobcat’s territory and keep other animals safe.

The scream acts as a warning sign, telling other animals to stay away from the area.

Bobcats can also get agitated and let out a scream to not only voice their agitation but also show their aggression.

This may be due to a perceived threat or actual danger. Bobcats are typically shy animals, and they will usually only scream when they feel like they are in danger.

If you hear a bobcat screaming, it is best to leave the area immediately.

Screaming is just one way that bobcats communicate. They may also use other sounds, such as hissing, yelping, or barking, to express themselves.

Bobcats may also use body language and scent marking to communicate with other animals.

It may be difficult to tell exactly what message the bobcat is communicating but you can be sure there is a message behind every scream.

Bobcats may also scream when they are separated from their mothers. This can be a sign of separation anxiety.

They will keep screaming until they are reunited with their mothers.

The screams are their way of announcing their location for their mother to find them.

This behavior is typically seen in young bobcats but can also be seen in adult bobcats who are separated from their mates.

When bobcats come across a predator, their fast instinct is to scream.

This scream is not only meant to warn other animals of the predator but it is also meant to scare the predator.

Bobcats may also scream to show their dominance over other animals. This can be a way of asserting their authority and showing that they are the alpha in the area.

Screaming can also be a way of claiming territory. By letting out a scream, a bobcat can let other animals know that this is its home and that they are not welcome.

Screaming to show dominance is usually seen in males but females may also do this to protect their territories.

What To Do If You Hear Or See A Bobcat?

If you hear a bobcat screaming, it is best to stay away and not try to approach it.

Bobcats can be aggressive and may attack if they feel threatened.

Should you see a bobcat, give him plenty of room to escape. If a bobcat is in your yard and you have small children or pets, bring them inside until the bobcat leaves.

Also, if you see a bobcat in your neighborhood, you should call your local animal control or wildlife agency for assistance.

If you don’t do this, there is a good chance the bobcat will keep visiting your neighborhood, which could end badly for your pets.

Also, bobcats are most active at dawn and dusk, so it is best to keep your pets inside during these times.

If you must let your pet out, make sure they are supervised.

There are many reasons why bobcats may scream.

In some cases, it may be to mate or to communicate with other animals.

Bobcats may also scream when they feel threatened by a predator or when they are separated from their mothers.

Screaming can also be a way of showing dominance or claiming territory.

Whatever the reason, it is clear that bobcats use screaming as a way to express themselves.

Related Post: Can A Bobcat Mate With A Domestic Cat?