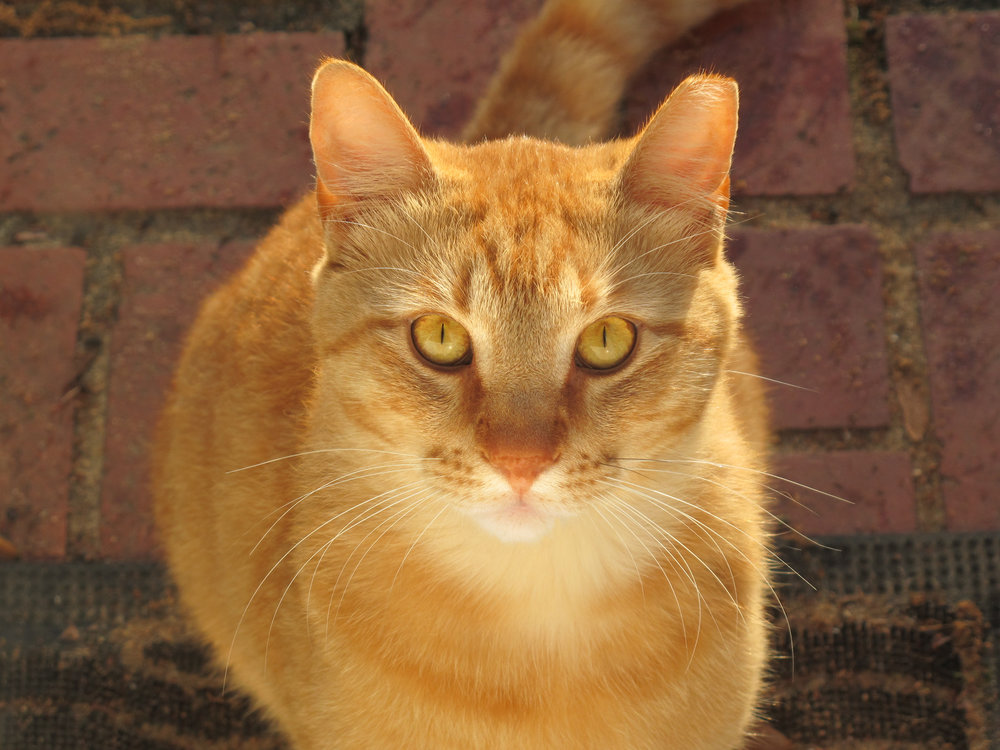 The feral cat population has been out of control for some time now. According to Petpedia, there are 73 million feral cats in the United States alone. Many more roam other countries around the world.

To try and manage the population of these homeless beauties, cat enthusiasts and institutions are employing different strategies, including rehoming the cats where possible.

However, feral cats don’t necessarily enjoy living in homes with humans. They prefer living in the streets and enjoying plenty of freedom out there.

Another great way is to neuter the strays. Here, the cats are trapped, neutered, vaccinated, and allowed to go back to their homes.

Doing this has greatly reduced the reproduction of feral cats to a larger scale.

The problem with the TNR program is that sterilized cats can be trapped back and taken to shelters.

In this Spay Neuter Clinic, it is common to have cats that have been fixed brought back to the clinic.

The best way to deal with this is to perform ear clipping. In this guide, we will give the ABCs of cat ear clipping.

What Is Cat Ear Tipping?

Ear tipping is an internationally recognized practice where about 1cm of a cat’s ear tip is sliced off.

The result is an ear tip with a square (-ish) tip shape rather than the usual pointed one.

Tipping is done as part of the TNR (Trap Neuter Return) program and identifies cats that have been trapped from those that haven’t.

The practice is done on feral, stray, or community cats roaming the neighborhoods.

Basically, the method involves trapping the stray cat, putting it under anesthesia, and neutering then tipping its ear.

The cat is also vaccinated before releasing it to its original home.

Why Is Ear Tipping Done?

The only reason for carrying out ear tipping on stray cats is to avoid the situation where an already sterilized animal is trapped again.

With a squared-off ear tip, a cat can be seen from a distance and left alone. If nothing else is done, it would be difficult to know if a cat is sterilized or not.

According to this Journal published on Research Gate, ear tipping is so far the best method of identifying sterilized cats.

Other methods can be used but tipping is the safest and most effective.

The tipped part virtually has no nerve endings and doesn’t cause discomfort or pain.

Is It Painful? Does Ear Tipping Hurt Cats?

As mentioned above, ear-tipping is a quick surgical procedure done under anesthesia. This means that the cat feels nothing during the entire procedure.

Since only a small part of the left ear is removed, healing is fast. Most cats never really know that their ears have been tipped.

Most importantly, they go on living healthy and happy without being re-trapped and taken through the surgical process again.

Like tail docking and ear cropping in dogs, the idea of clipping a part of a cat’s ear triggers a hot debate.

Some people believe in the procedure completely claiming it is humane and safe for the animal.

Oppositely, others are not so keen on the practice saying it is unfair for the animal to alter their beauty in any way.

Well, as the Humane Society would have it, ear tipping is completely safe and not cruel in any fashion.

Usually, a cat’s ear tip is pointed. However, after ear tipping, it assumes a square-like straight look at the top.

Thankfully, only a centimeter of the ear tip (even less for kittens) is done away with.

That means that the look of the ear is minimally altered. The left ear is often clipped but some cats have their right ears tipped instead of the left.

When you see a feral cat with a straight tip, it just means that they have been altered and hopefully vaccinated.

The look is visible from a distance and avoids re-trapping and unnecessary anesthesia.

There is no standard for which ear is the right one when clipping.

The Humane Society or the ASPCA doesn’t necessarily give guidelines on which ear should be clipped.

As long as one ear is lightly tipped, the rest of the details don’t matter much.

In most cases, though, a cat’s left ear is tipped for male cats and the right ear for female cats. Most clinics stick to this method for the most part.

Ear tipping is not the only way of signifying that a cat has been spayed or neutered. It is just the very best.

There are several other methods used:

Do Female Cats Get Their Ears Tipped?

Sure they do. All feral cats are responsible for reproducing – especially females.

Queens can give birth to up to four liters in a single year. The size of the litter depends on the individual cat but some go as high as 12 kittens per litter.

Both female and male cats qualify for cat ear tipping. The procedure is the same except that one gender is spayed (females) and another neutered (males).

As mentioned before, some clinics prefer to clip their females’ right ears and take the left ear for the male cats.

Can You Adopt An Ear-Tipped Cat?

There’s no reason why you shouldn’t adopt a cat whose one ear is straight rather than pointed.

The TNR program doesn’t just limit the multiplication of feral cats but also hopes that some of the kitties will find a home.

With the removal of only a small piece of the ear, the beauty of the cat is barely affected.

Having said that, there are reports of experts claiming that ear tipping does have negative consequences on the adoption of cats.

One veterinarian wrote to PetMD arguing that a large majority of pet owners are adamant about adopting felines with tipped ears.

To them, ear tipping slightly alters the cat’s natural beauty.

Instead of clipping the ears of cats who are up for adoption, the safest bet would be to leave them intact physically. Fortunately, these are the opinions of selected individuals.

So in the end, it all boils down to what you believe in. Does a slight alteration in the look of your kitty affect your view of them? Do you think it will bother you that much?

If you think it doesn’t, go ahead and adopt an ear-tipped cat. No one will bar you from doing it. On the contrary, the world will thank you for your kindness.

However, not all cats that have gone through the program have necessarily been vaccinated. It depends on who is in charge of the TNR.

Some people pay for the services. Ultimately, the depths of their pockets determine what the cats get.

Certain clinics offer the services at discounted rates and determine what the feral cats get.

A cat with a tipped ear sparks different reactions from different people.

However, many of us will agree that it is a great way to signify that a community cat has been altered and vaccinated.

Until we get an even better way of doing this, ear tipping remains to be the number one identification choice for TNR.