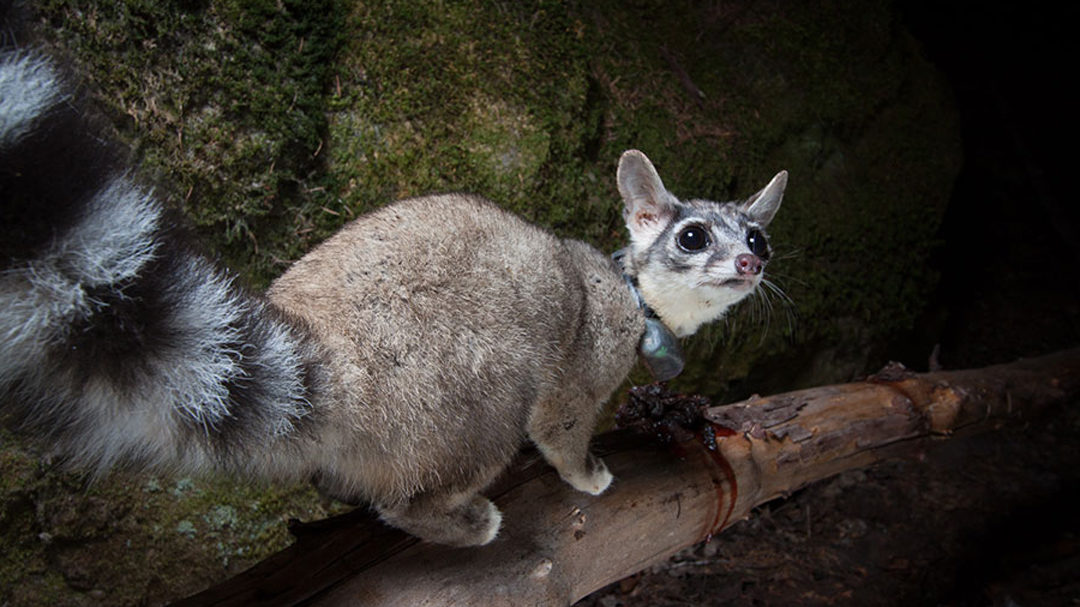 Many studies have shown that keeping a pet comes with lots of benefits.

Whether you have a cat, dog, hamster, or fish, there’s no denying that your life is better with them around.

From being more active to having an elevated mood and beating loneliness, pets fill our lives with joy and good vibes.

Sure, they are a lot of work. Some come with tons of challenges but they make it up with their affection, friendship, and undying loyalty.

While we love pets to death, certain animals don’t belong in the home.

Despite their striking physiques, they pose a risk to humans and other members of the family. Having them does little or no good to you and your loved ones.

Today, we focus on ringtail cats. Are they dangerous or harmless like all the other pets at home?

Ringtail Cats at a Glance

The word ‘ringtail cat’ can mean many things. It can refer to any feline with rings on their tail. It may also denote the infamous American ringtail cat.

Well, in this guide, we want to look at a specific creature by the name of Bassariscusastutus (B.astutus), commonly known as the ringtail cat.

The name of this specie gives the wrong impression that it is another version of the domesticated cat – or something close.

However, this animal is from a totally different species. According to Wikipedia, B. astutus is believed to be a close relative to the raccoon.

It broke off from the raccoon family during the Tortonian Age approximately 10 million years ago.

Physically, the ringtail cat is a tiny fox-like animal of about 1-2 pounds in weight and 24 inches in length.

Its biggest identifying feature is its long bushy tail with black and white bands. It also has large eyes with white rings around them, large protruding and rounded ears, a long grayish body, and short legs.

The scientific name is derived from ‘bassar’ which means fox and ‘astut’ meaning cunning. So in a sense, the ringtail cat is a cunning little fox. It sure looks like one.

B. astutus is a pretty mysterious animal. If you have had a sighting in your life, count yourself lucky.

Like many of his relatives, he lives far away from residential places. He prefers spending his days in caves, mine shafts, and riparian canyons.

Additionally, ringtail cats mostly come out to play at night. That makes it twice as hard to spot them.

With that said, the ringtail doesn’t seem to be a dangerous animal at all. He’s solitary for the most part only coming together to mate.

Most of his days are spent foraging for food which includes snakes, rodents, mice, insects, birds, and bird eggs.

He hunts by stalking and murdering prey before feasting on them. Unlike venomous animals like snakes and spiders, the ringtail doesn’t have any kind of poisonous substance.

Additionally, he doesn’t hunt adult kids, people, cats, or any other pet. For this reason, this animal is considered harmless to humans and pets that live at home.

Do They Make Good Pets?

The Bassariscus astatus may not be dangerous to humans and other pets but it may not be the best choice for a pet.

For one, these beauties don’t like the company of any kind – even that of their kind. They are solitary animals.

After mating, the parties go their separate ways. The mother will look for a comfortable place to raise her young. When they come of age, each one forges a path of their own.

So, to think that they can be happy in a home with humans and other animals is being unrealistic.

They are probably scared at the sight of another creature and would look for a way to escape. Plus, after living alone for millennia, containing one at home can be a real challenge.

That said, there are reports claiming that the ringtail used to be kept as a pet by the early American settlers. This is according to a number of published works by Nowak, R., and Poglayen-Neuwall.

The little foxes were mainly kept in prospector’s camps as mousers and companions. As a result, the ringtail derived the name ‘the miner’s cat.” Apparently, they make great pets if obtained when young.

Due to their high affinity for rodents, ringtails can be used to manage rodent populations at home. They will make sure you don’t have mice and rats running around your property.

Sadly, they are themselves a target for big cats, coyotes, and horned owls. They will need to be trained to not leave the home for their own safety but that can be a tall order. Ringtails are used to their freedom.

Generally, ringtail cats are not dangerous in the sense of the word. They pose no danger to humans, cats, dogs, and a host of other animals.

If acquired and trained early, they have a tendency of being tamed and kept as pets. It is a risky affair but one that can bear fruits for the right person.