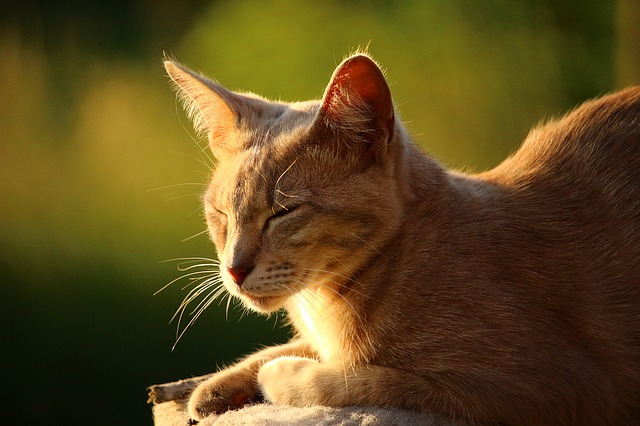 Anyone that has been around when their cat got on heat knows the process can be quite intense.

From watching your beloved female cat rub against things, roll around, and make noises in a bid to attract mating partners to seeing her actually mate over and over again is quite the show.

When you think you are done watching the showdown of your life, your cat still acts as though she’s still on heat.

She just mated with tom a while ago – multiple times in fact!

What does this all mean? Do cats stay in heat after mating?

Feline Heat Cycles at a Glance

Before we delve into all the juicy stuff, a brief understanding of the heat cycle stages in cats is vital.

Typically, a cat starts going into heat as she reaches puberty. This can be as early as four months and as late as 10 months of age.

The heat cycle begins with a stage called proestrus where the queen (female cat on heat) may attract toms (unneutered males) but is not ready to mate yet. Here, she will display no outward signs to show her readiness to mate.

The next stage is the actual heat also known as estrus.

For about a week, your queen will let everyone know she is ready to mate. She will sing loudly, rub on stuff, roll on the floor, and raise her rear end. Decreased appetite is also a symptom of estrus.

If mating occurs, pregnancy will take place. The queen can mate with different males and end up with a litter of different fathers.

Once estrus is over (which usually takes about a week), the cat should get pregnant.

If she doesn’t, she will go into interestrus which is simply the time between heats. Her hormone levels will decrease and she will be her normal self.

After 2-21 days, she will go into heat again and the process repeats until the mating season is over.

The last stage, called anestrus is where the reproductive hormones are inactive and she is not in season.

Staying On Heat after Mating

Now that you have a rough idea of what happens to your cat’s body when she reaches puberty, let’s talk about the issue of staying on heat after mating.

On average, a female cat can come in season anywhere from four to seven days. Her heat may also last for only a day or go on for three weeks.

To get pregnant, the cat will mate a number of times over the period in which she’s on heat.

If there’s only one tom around, she will mate with him up to 20 times over a period of 24 hours.

The actual mating takes 3-20 seconds but the female cat plays hard to get for the most part.

In case the female cat doesn’t have the luxury of having one male to mate with, she will go out there in search of other suitors.

If you happen to see her in between, she will still be exhibiting symptoms of being on heat. These include making loud noises, rolling over, and rubbing against surfaces.

Some experts claim that some of the behaviors are geared at getting rid of the scent of the initial male before moving on to another one.

As a pet parent, this can be rather confusing considering that she just mated.

While a cat can still be on heat after mating, she can also display the symptoms of being on heat without necessarily being on heat. This is called an ‘after’ reaction.

Most female felines often roll on the floor after mating. They will lick their genitals and the back area where the tomcat touched her.

You will even notice yours moving frantically from one position to another a few minutes after mating.

Essentially, the hormones in her body are causing all this.

If she is pregnant, the symptoms will soon disappear and she will start displaying pregnancy-related symptoms again.

Does your cat behave as though she is still on heat after mating? That’s probably because she still is.

Estrus stays for a while and takes multiple attempts to get ovulation going.

On the other hand, your fur baby could just be displaying ‘after heat’ signs.

So, to be certain, watch her behavior for a day or two and be the judge.