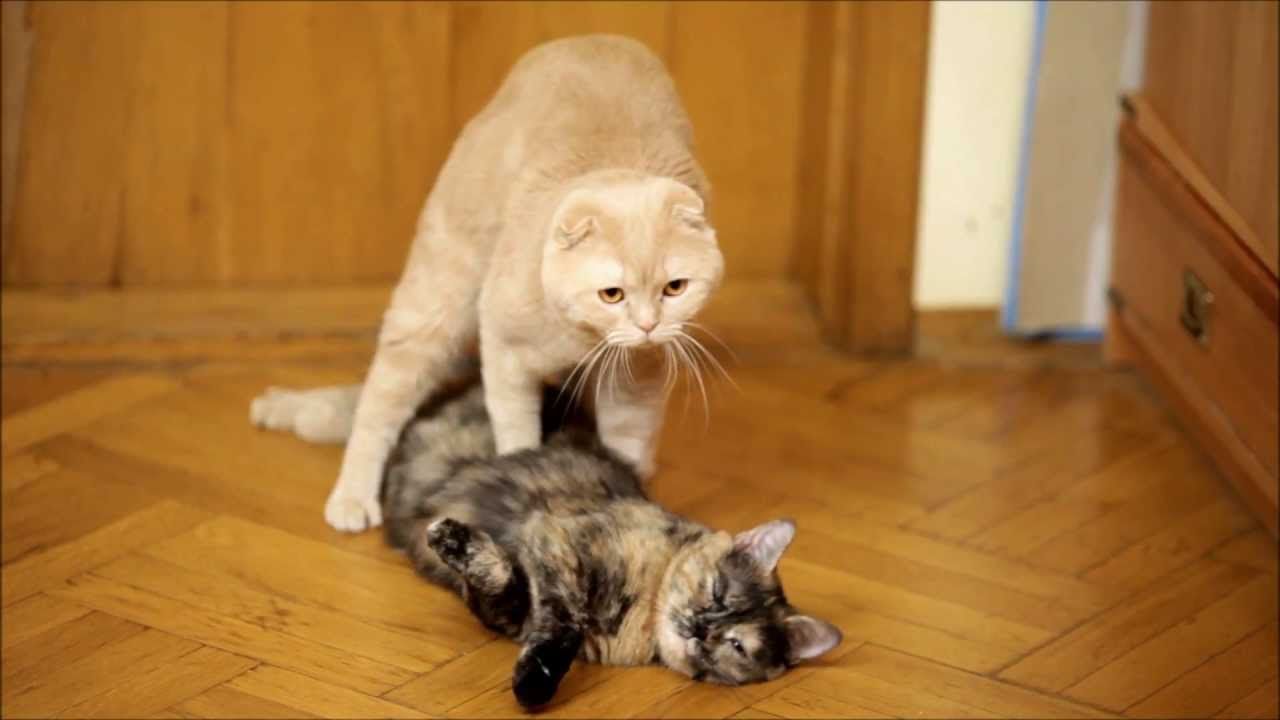 You have been planning to have your female cat spayed but you haven’t come around to having the task done. Now, you have reason to believe that she might be pregnant.

Perhaps you caught her mating with the neighbor’s male cat.

Maybe her behavior has changed so much that you are almost sure that your fur baby is carrying kittens in her little belly.

How can you really tell whether mating was successful or not? We have a detailed guide for you.

Cats have very interesting reproduction lives. As early as 3 and half months, a female kitty is ready to be a mom. Well, this is the bare minimum.

On average, most kitties wait until they reach six months of age to bear kittens.

If you don’t have any plans of breeding, you are better off spaying your kitty before three months of age.

When your female cat comes of age, she will experience her first heat cycle, also called estrus.

Simply put, this is the window where she is receptive to mating. Her body will produce a hormone called estradiol, a type of estrogen in her ovary.

Often, the kitty will release some discharge which sometimes has some blood in it.

The obvious signs of a cat on heat include an intense display of affection.

You will notice your cat rubbing her hindquarters against you, stuffed toys, and furniture.

Excessive grooming is also another common sign of a cat on heat, especially licking the genital area excessively.

Other signs include the mating call where she will vocalize loudly, marking her territory, loss of appetite, and an incessant need to leave the house if there are no males around.

The Mating Process at a Glance

The estrus cycle lasts for about a week or so. If the queen mates during this time, there’s a high likelihood that she will fall pregnant.

The mating is a vigorous process that goes on for a few seconds at a time for up to 30 times a day or two.

The female can mate with different males during this period resulting in kittens of different fathers.

The actual mating is what triggers ovulation.

Basically, a male cat has a barbed penis. As he penetrates his queen, the spikes lie flat.

However, as he ejects the penis, the spikes stand upright and hurt the female cat a bit.

That’s why most female kitties cry during mating. Although it is painful, the barbed penis stimulates ovulation by triggering the part of the brain that releases an egg.

With the release of an egg and the presence of a male seed, pregnancy almost always follows.

Signs that Mating Was Successful

Like in human beings, mating does not always result in offspring in felines.

However, because ovulation is induced, the probability of pregnancy is very high.

Some of the tell-tale signs that mating was successful include the following;

The first sign that your cat might be expecting a litter of her own is when you notice that she doesn’t go into estrus anymore.

Typically, a female cat goes into heat again after 10-21 days if the mating was successful or if she didn’t mate at all.

As mentioned before, the signs that your cat is in heat include increased affection, excessive grooming, mating call, the need to escape, loss of appetite, and marking the territory.

If you have noticed that your unspayed cat has taken too long to groom her genitals, rub her hindquarters against stuff, and look for ways of escape, there is the likelihood that she is pregnant.

2. Pinking Of the Nipples

Another early sign of pregnancy in cats is the change in her nipple color.

Within two or three weeks after successful mating, your cat’s nipples will feature a pink or red color.

They will also appear enlarged. You have to be close to your kitty to tell the change in color especially if she is long-haired.

Note that enlarged nipples may also indicate that your cat is on heat.

Look out for the color to ascertain that she’s indeed pregnant.

While decreased affection may indicate signs of heat, it is also a sign of pregnancy.

If your cat is displaying intense affection towards you but doesn’t have all the other symptoms of being on estrus, she could very well be pregnant.

It turns out, cats experience mood changes when they are pregnant.

However, rather than being gloomy and sad like most people, they will become extremely affectionate.

Pregnancy brings about maternal instinct and causes your fur baby to crave your love and attention.

Although not all female cats go through morning sickness, a vast majority of them do.

Part of morning sickness is vomiting and being nauseated.

Blame it on the surge of hormones doing a round on her body.

In case your cat is throwing up more than usual and has other signs of being pregnant, you might as well prepare to have little kittens running around soon.

Like in human beings, vomiting is no cause for concern.

However, if it becomes frequent, you might want to call your vet to make sense of the situation.

Increased appetite is no strange sign as far as pregnancy is concerned. It happens to human beings, dogs, horses, and even cats. This one is rather obvious.

The growing kittens in your cat’s belly need food to grow. Since they cannot physically take in food, the mother has to eat on their behalf.

Else, if she eats normally, you will tell things have changed if she doubles up or ripples her food rations.

If your cat suddenly begins displaying nesting behaviors, she is showing that maternal instincts have already kicked in.

You will notice her looking for a quiet place such as a barn or behind the closet.

Once she arrives at the best spot, she will arrange towels, blankets, and cardboard and make the place as warm and cozy as possible.

She’s simply organizing her space to accommodate the incoming kittens.

This is not necessary the first sign that your kitty is pregnant but it is a sign nonetheless.

At about 5 weeks post-mating, your cat should have a big belly.

By then, her liter will be bigger in size enough to show on the abdomen.

Even if she’s a fat cat, you can tell she’s pregnant because of the bulging tummy.

Last but not least, a pregnant kitty will gain weight. For one, the cat is now eating for two, three, four, and so on depending on the number of kittens in her belly.

Secondly, the growing kittens also cause the scale to go up.

Most cats gain 2-5 pounds depending on the number of kittens in the uterus.

These are just some of the ways you can tell whether mating was successful or not.

If you are a breeder, you look forward to a positive report on pregnancy.

On the other hand, if you are just a regular pet parent without any desire to have kittens, you hope things go the opposite direction.

Either way, look out for these signs if you suspect that your cat is expecting.