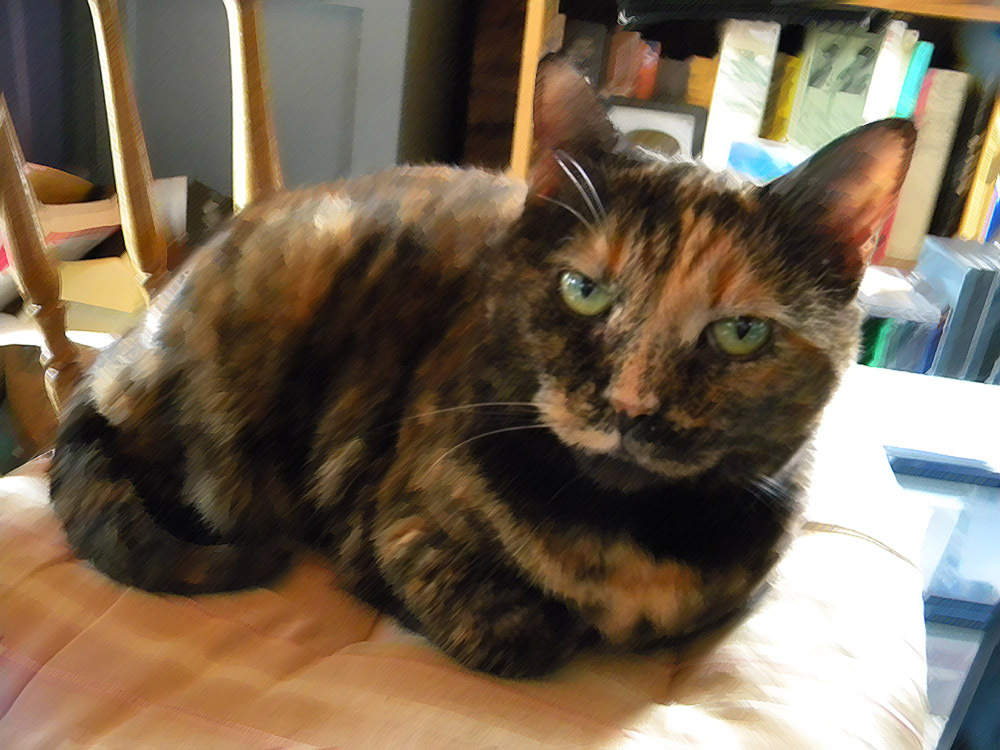 A bi-colored or multi-colored cat is an instant showstopper. Imagine owning a calico or tabby cat with orange, black, and white on her body? She would turn heads everywhere she goes. What causes this special coloring to come about in kitties? There are many situations with one of them being mosaicism. In this guide, we will give you the ins and outs of mosaicism in cats.

Feline Genetics At A Glance

To properly explain the phenomenon of mosaicism, a good understanding of feline sex chromosomes is necessary. If you can recall your Biology 101 class, you probably remember that females have two X chromosomes and males have both X and Y chromosomes. This is the situation for all mammals, including cats. The gender of your kitty is based on which chromosome they inherit from the father. The Y-chromosome contains a special gene called SRY (sex-determining region Y) which leads to male development.  Because females have two X chromosomes, one is often inactive. This is put in place by Mother Nature to balance things out.

Apart from gender, feline sex genes determine the color and pattern of the cat. The X-chromosome often carries the orange gene. The red pigment (what we call orange) replaces the black or brown pigment. Male cats have only one X chromosome and can be either red or black depending on certain modifying factors. Females, on the other hand, have two X chromosomes and can have both red and black pigments. This is why we have tortoiseshell cats, calicos, torties bi-color, or tri-color varieties of cats.

Under normal circumstances, a cat needs equal parts of chromosomes from her parents. In Mosaicism, the cat receives two or more sets of cells that are genetically different. In such a case, half of the cells will express a single version of the gene like orange fur and the other set of cells will express a different gene such as black fur. This is a situation of orange and black fur but it can play out on many other genes with two versions or alleles. Mosaicism can arise from several situations including a gene mutation as the zygote develops, a chromosomal mutation, crossing over at the mitosis stage, and X-inactivation.

A common example of mosaicism in cats is a tortoise cat with orange and black fur. Here, the dominant gene on the X chromosome causes the orange coloring. If the female kitty has the gene on one of her X chromosomes, the cells responsible for pigmentation will produce orange fur. On the other hand, those with the gene on the dormant X chromosome will cause the production of black fur.

The Famous ‘Venus The Chimera’ Is A Mosaic Cat

About a decade ago, a cat by the name of ‘Venus the Chimera’ made headlines for having a special kind of appearance. Half of her face is orange and the other half black. It was as if someone drew a ruler across her face and painted one part of her body orange then proceeded to paint the second side black. What’s more, the internet sensation of a cat also has one blue eye and one green one.

Many people thought that the cat was a Chimera, no wonder the name. However, it was later established that the cute kitty was,in fact, a mosaicism cat, particularly X-inactivation mosaicism.

Speaking of Chimera, what is it and how does it compare with mosaicism? In simple terms, a chimera cat is one that arose from two embryos. If two embryos are fused before they attach to the uterus, they will combine and become one individual. In lab experiments, two embryos would be removed from a rat’s uterus and fused outside the womb. The result is an individual with intermingled cell lines. In a sense, chimerism is like fusing non-identical twins to form one animal.

Chimerism differs from mosaicism in that the former is coming together of two zygotes to create one while the latter is the expression of two or more cells with different genotypes. Also, chimerism involves two fertilized eggs while mosaicism only deals with one fertilized egg.

According to Leslie Lyons, a University of California professor, a mosaic cat is harder to come by in contrast to a chimera which is not that rare. Lyons explains that since female cats already have two X chromosomes, they can have an orange coat even without the second chromosome. A majority of male tortoiseshell cats have chimerism.

Types Of Mosaicism In Cats

Mosaic expression in cats can occur in several ways including the following.

There you have it – a detailed guide of mosaicism in cats. No matter the colors of the fur, a mosaic cat is an incredibly beautiful feline. Sadly, these are quite rare. Count yourself lucky if you come across one let alone own it.

Fever Coat Kittens: Everything You Need to Know

Everything You Need to Know About Curly-Haired Cat Breeds