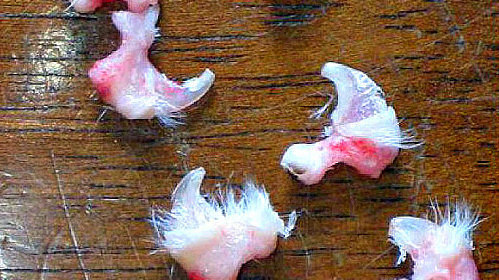 For a long time, cat declawing has been considered a practical way of deterring destructive scratching by our furry friends.

However, times have changed, and the movement to make cat declawing illegal has grown exponentially over the past few years.

This trend has resulted in increased anti-declawing legislation across different levels of government.

Cat declaw surgery is also known as onychectomy. In this surgical procedure, a qualified specialist amputates the bones where cat claws grow from.

Although it’s referred to as “declaw,” this procedure goes beyond simply removing nails.

The digit’s last bone has to be amputated to prevent the claws from growing back.

The pet may spend about two days in the facility with bandaged toes.

Once they feel that the cat is beginning to recover sufficiently, they’ll remove the bandages then allow you to leave with your feline.

Though it’s a safe process, the procedure has attracted a lot of controversies.

Why Is Declawing Controversial?

Cat declawing is mainly carried out to prevent the little pet’s destructive scratching. But scratching is a healthy and normal activity for them.

Those opposed to declawing believe that the process leads to unnecessary pain.

They also acknowledge that the procedure can cause irreversible trauma that result in behavioral issues. According to this group, declawing is a form of animal cruelty.

On the other hand, declawing supporters believe that the process is routine and doesn’t affect kitties.

They also argue that allowing declawing is better than abandoning destructive cats.

Some veterinary practitioners are against illegalizing declawing as they believe it affects the specialist-customer-pet relationship that forms the basis of their practice. According to them, the decision serves the pet’s best interest.

Well, in reality, declawing is a major procedure, and there are numerous reasons to avoid subjecting your pet to it, including:

So, ensure you have a comprehensive debate with your vet concerning the risks and alternative treatment options like well-placed scratching furniture or posts or trimming your pet’s nails regularly.

But the freedom to choose cat declawing isn’t available in all nations as the procedure is totally banned in some states.

States Where Cat Declawing Is Illegal

Here are some of the states where you have no option but to put up with your cat’s scratchy nails:

Declawing is illegal in New York. On July 22, 2019, it became the first US state to make it illegal, and Governor Andrew Cuomo signed the anti-declawing bill into law.

Since then, amputation procedures like declawing are unlawful unless the practitioner treats a medical condition affecting the pet.

The law permits the procedure on cases like an untreatable infection, tumor, or injury. Uncompliant veterinarians risk up to $1,000 in fines.

Maryland is the second state to ban declawing after New York. Maryland governor, Larry Hogan, signed the bill that outlaws the procedure in the state on April 2022.

It is now illegal for any veterinary practitioner to carry out a declawing procedure on a cat unless it is proven to be necessary for therapeutic purposes.

Anybody who violates the law is subject to a fine of up to $1000.

However, several municipalities have put an end to the activity within their borders. These include:

Currently, California SB 1229 forbids the requirement for declawing for tenants’ pets by landlords.

Furthermore, the state is considering prohibiting the activity in the state.

If the California SB 585 bill passes, non-therapeutic declawing will be illegal, and any practitioner who violates this will be fined.

In Colorado, a statewide declawing ban has been proposed. But this hasn’t been passed into law.

But in 2017, the city of Denver banned the practice in a unanimously passed ordinance.

So the surgery is now illegal within the city boundaries unless it’s medically necessary to relieve or treat a disease, illness, or infection.

New Jersey is among the US states closest to prohibiting cat declawing.

This bill outlaws the practice, requiring veterinarians to conduct the procedure only under particular circumstances.

Any practitioner who goes against the rule will face six months behind bars and $1,000 in fines. They also risk $500 – $2,000 as a potential civic penalty.

In Rhode Island, the law banishes landlords from forcing new tenants to declaw their cats.

The state is also considering a statewide ban on the surgery.

If the HB 5616 bill passes, the entire state will be required to refrain from the practice unless it’s done to treat a specific condition affecting the feline.

Us Cities That Have Banned Declawing

Besides the mentioned states, anti-declawing advocacy has spread to many cities across the United States, including Denver, Austin, the City of St. Louis & St. Louis County, Madison and Pittsburgh.

A number of bills have also been introduced in many US jurisdictions to ban declawing, indicating that people are finally recognizing the act as cruel and inhumane.

US states and cities aren’t the only jurisdictions that continue to make declawing procedure illegal. Many other countries have made the procedure illegal, including France, Germany, New Zealand, Brazil, Australia, and Israel.

And in the UK (England, Wales, Northern Ireland, and Scotland) a ban is already in place, thanks to the Animal Welfare Act of 2006.

Major Organizations That Are Against Declawing

Thanks to the growing advocacy efforts, more and more people continue to understand the amount of harm that the declawing procedure does to our feline friends.

Some of the major organizations that shun the procedure include:

Cat declawing has been a controversial topic for years, with different groups citing specific reasons for supporting or banishing the activity.

As a result, the numerous debates have brought about substantial legislative changes, and most nations and states have either banned the practice or are in the process.

Pet owners and veterinary practitioners residing in the above states have no option but to let the cat’s claws stay on their paws.

Most importantly, there are plenty of humane alternatives that cat owners can leverage, including nail trimming, using spray deterrents, nail caps, and providing scratching posts.

The ABCs of Cat Claws Shedding