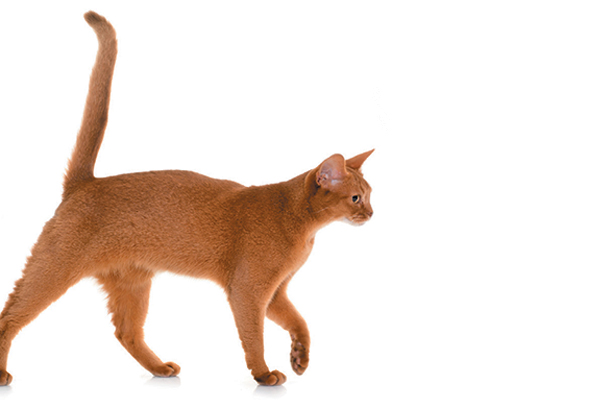 The tail is one of the most striking physical features of a kitty. It’s bushy, long, and, flexible.

When the cat is happy, it is raised high with a quiver at the end.

If there’s danger around, the tail is lashed back and forth.

If the kitty is stalking prey, her appendage will remain low to the ground with slight twitching at the end.

Although it looks simple, a cat’s tail is a rather complex organ. It is part of the spinal network that starts at the neck and goes all the way to the tail tip.

If you are interested in learning more about the anatomy of a cat’s tail, we have a good post for you.

We tell you whether a cat’s tail has bones or not and proceed to answer other questions on the topic as well.

Anatomy of a Cat’s Tail

The tail is located at the very end of the cat’s vertebral column. It is not essentially part of the spine but rather an extension of it.

The spinal cord typically stops before the start of the appendage.

However, a ton of nerves branch off from the spine and travel through the tail to its base.

Male cats have tails of about 11 inches while females have an average of 9.9-inch tails.

Regardless of gender, the appendage does more than making the cat look pretty.

It gives her balance when walking on narrow surfaces or making sharp turns.

The tail is also a great communication tool. Felines use it to speak to their kind and other creatures as well.

You can learn a lot about your cat by watching her tail. If you are wondering what’s going on in her mind, just take a look at her tail and you will get your answer.

How Many Bones Are In A Cat’s Tail?

The tail is one of the most eloquent parts of a cat’s anatomy.

It consists of 10% of all the bones present in the kitty’s body.

The bones, along with tendons, muscles, nerves, and ligaments make the tail flexible and sensitive.

Your kitty has 19-21 vertebrae (tailbones) in her tail. The actual number depends on the species, individual, and breed of the cat.

The bones are surrounded by versatile muscles making parts of the tail (especially the tip) capable of moving from side to side, towards the anus, or between the legs.

The tail muscles (also called caudal muscles) are positioned on top of the lumbar vertebrae and tail vertebrae. These are held to the bones by tendons.

Some of the tail muscles are formed from those associated with the anus, rectum, and pelvic diaphragm.

The vertebrae are bigger at the base but they get smaller towards the tip. Additionally, soft cushions located between the vertebrae allow flexibility.

Do Cats Have Feeling In Their Tails?

As mentioned, a cat’s tail is comprised of nerve endings that make it extremely sensitive.

The nerves are part of the overall central nervous system.

Nerves are basically trillions of interconnected cells called neurons whose function is to convey information via electrical signals.

This means that when a tail cat is touched, she will feel more sensation than other body parts such as the leg or head.

If you’ve had a cat for a while, you have probably realized that your kitty’s tail is out of bounds for you.

Some felines don’t particularly enjoy having their appendages touched or played with.

They can rub their tails on you but when you reach out to run your hand over them, you’ll be shocked. The cat will move the tail away just to signal that they are not comfortable with what you are doing.

With that said, some cats have very sensitive nerve endings while others don’t have much feeling there.

Don’t be surprised if you slightly brush your fingers against your furball’s tail and she doesn’t move away.

It just means her nerve endings are not that sensitive. Some actually enjoy the feeling of being rubbed on their appendages.

Even those that have sensitive tails differ in their reactions. There are those that will act slightly annoyed when the tail is touched while others will display aggressive retaliation.

How Do You Tell If My Cat’s Tail Is Broken?

Like all other bones in a cat’s bone, the vertebrae that make up the feline tail can break.

Since it’s a long and protruding part of the body, it is prone to damage and trauma from accidents.

Often, trauma occurs when the kitty is hit by a vehicle, falls off a bed, or slams her tail on the doors.

There are several ways to spot if your cat’s tail is broken.

What Happens If You Pull A Cat’s Tail?

Even though the spine does not extend into the tail, a severe injury can cause some serious damage.

The nerves that provide sensation and control the movement of the tail, bladder, hind legs, anus, and large intestine stretch out.

When you pull the tail, you risk overstretching the tail and tearing the nerves. This can cause temporary or permanent mobility issues in your kitty.

Pulling can also render the cat unable to hold the tail upright. In this case, the tail will hang limply.

The kitty may fail to lift her tail during bowel movements. Besides making it hard for the cat to make a normal bowel movement, limp tails also attract skin infections. This is because urine and feces collect at the rear.

Nerve damage as a result of pulling the tail can also damage the part of the spine that controls defecation and urination.

If the nerves responsible for elimination are injured, the cat may become incontinent.

The nerve function may return for some cats but for the unlucky ones, the effects will be permanent.

Related Post: Why Is My Cat Pulling Out Fur At Base Of Tail?

The tail is such a huge part of a cat’s love.

Not only does it sit pretty on her body but it has many functions. It has 19-21 bones – about which make up 10% of the bones in her body.

With all these bones, it can break if there’s an accident.

Luckily, there are treatments for broken tails, so contact the vet when you notice that something amiss.

Cats with Kinked Tails: Everything You Need To Know