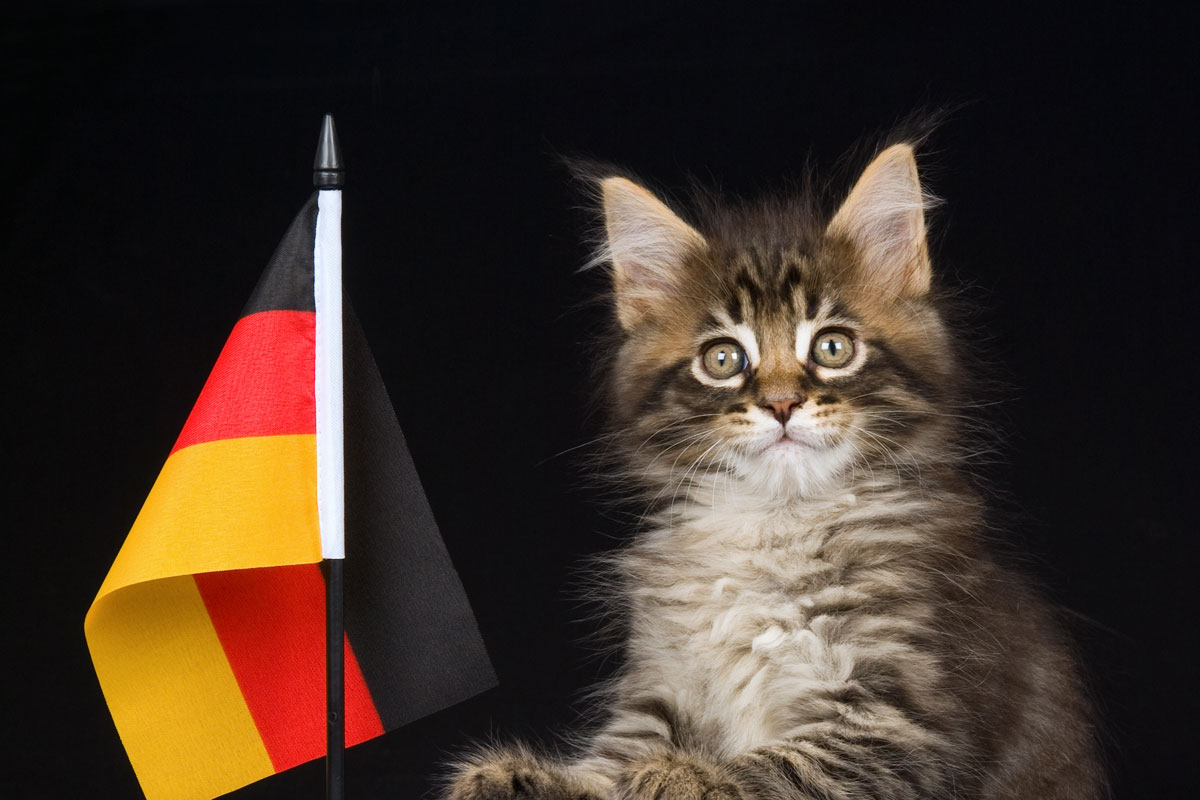 Located in the heart of the European continent, Germany abounds in beauty, resources, culture, and entertainment.

Not only is it the largest economy in the old continent but it also boasts a rich history, colorful ancient architecture.

Its endless cathedrals, castles, and monuments tell a great story of the culture of the country.

If you are into picturesque landscapes, delicious cuisines, refreshing beer, and art, Deutschland will indulge you.

One of the most underrated things about the Federal Republic of Germany (FRG) is its cat breeds.

No doubt, German cat breeds are as beautiful as their country of origin. They deserve more recognition.

That’s why we came up with this article. Here, we go over cat breeds native to the FRG.

According to Statista, the population of cats in Germany stood at 15.7 million in 2020.

In 2014, there were only 11.8 million domestic cats. The number has been going up ever since. That means the figure is higher in 2022.

There’s no doubt Germans love their cats – more than their doggies. Statista put the number of dogs in FRG at 10.7 million in 2020.  The difference is staggering.

German cats are as diverse as those in any other place. There are tens (if not hundreds) of breeds in the country.

The Siamese, Norwegian Forest Cat, Chartreux, and Ragdoll happen to be as famous over there as anywhere else.

Still, German cat breeds such as the German Rex and German shorthair are found in German homes. These are not as common as the exotic breeds simply because they are rare.

The German Rex, for instance, has a close resemblance to the Cornish Rex. As a result, it is rarely bred as a separate feline breed in many places.

The German Longhair Cat is equally rare. It was once a reserve for the rich and famous in the FRG and Europe, in general. All cats with long fur belonged to the wealthy.

In the 1930s, things changed when the Persian cat made its way to Germany. Because of having long fur and being easily available, it put the German Longhair at the brink of extinction.

Additionally, the breed took too long to be recognized. As a result, many people avoided it.

Luckily, one zoologist by the name of Friedrich Schwangart revived the original longhair only for WWII to bring his efforts down.

It wasn’t until the early 2000s that the breeding of the cat resumed. The World Cat Federation recognized the breed in 2012.

Despite being a breed of its own, it is not recognized by any cat body out there. It is also as rare as other German cat breeds.

An affectionate and beautiful cat, the German Rex is a great pet to own. If you love cats with short curly coats, this one will put a smile on your face.

The breed is small to medium-sized and weighs 5-8 pounds. However, she may appear larger than she is because she stands so high on her legs. Her head is round and dotted with larger ears and eyes.

When standing on her long legs, the cat may appear dainty but she is actually athletic and not fragile.

The German Rex comes in a short, curly, and silky coat. You will love rubbing your fingers over her smooth coat.

Not only is her coat curly but her whiskers as well. The coat comes in a range of colors including chocolate, black, fawn, and white.

Her coat patterns are also diverse. You will find calicos, tabbies, bi-colors, and smokes.

As for personality, this kitty is extremely affectionate and energetic. She loves attention and enjoys snuggling with you.

Regardless of your family setup, this breed will form strong bonds with its human owners. She can tolerate being picked up and put down meaning she’s great around kids.

The only downside to owning her is that she suffers separation anxiety. If you plan on working for long hours away from home, this breed may not be the best for you.

Since its first appearance in 1929, Germany and the world over have fallen in love with the German Longhair (GLH).

Like the German Rex, this breed is social and lovable. She is loved for many things including her long, soft, and fluffy coat.

The hairs on her coat are long. Her tail is bushy and the paws boast fur between the pads. Even hairs on her hind paws are long. In short, this cat is irresistibly cuddly.

GHCs are medium-sized animals of 6-13 pounds. Their bodies are rectangular-shaped while their heads are round.

What sets them apart from many cat breeds is their erect ears that have rounded tips.

You never see such a feature in most cats out there.  The eyes can be round or oval with color matching that of the coat.

German longhairs have steady-temperament. They are people-focused, easy-going, and friendly.

Being calm and social, they make great pets around children. They also tolerate other pets at home.

As long as they get attention from you, they will be happy and content.

Finally, the Poodlecat is also native to the FRG.

Many people confuse it for the Selkirk Rex thanks to the similarity between the two breeds.

However, each one is an independent breed. It does have the same curly coat as Rex cats but she is different in her own right.

The kitty has a large chunky body, folded ears, and a dense coat.

Cats with folded ears are primarily not given recognition in Germany. The Poodlecat is no exception. Despite being discovered a long time, it is not yet recognized as a breed of its own.

If you don’t care about pedigree, this breed has a lot to offer. For one, she is pleasantly beautiful.  She is a cross between beauties such as the Scottish Fold, Devon Rex, and the European Shorthair.

Like her parents, she is calm and friendly.  She likes being cuddled, given attention, and loved.

There it is – the three German cat breeds. All of them are wonderful pets bound to fill your life with lots of joy.

Granted, they are rare but if you look hard enough, you will find one to adopt or buy.