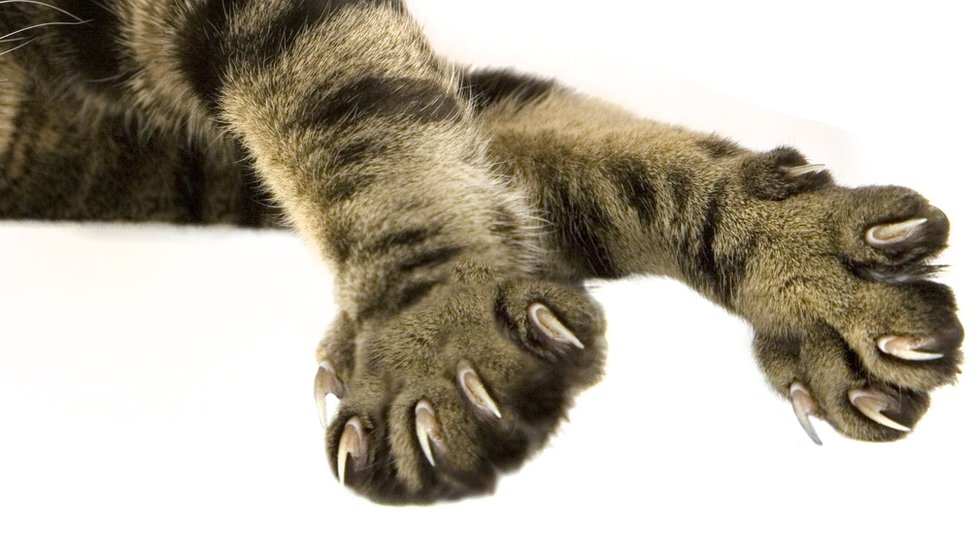 Fingers are precious things. In the human world, for instance, they even have a top-dollar tag.

A lost finger can get you $15,000 in workers’ compensation in the body parts market. If that’s the price of one finger, think of a full set!

Things aren’t much different among other animals where fingers also count as a treasure. The dexterity they offer can leave fingerless animals envious of the others who boast a full set.

So, is your cat among the fortunate? And if so, how many fingers does your cat have?

How Many Fingers Are in A Cat?

It turns out that cats don’t have any fingers at all! They are also not envious of their fellows in the animal kingdom who are blessed with fingers.

That’s because they have something that is just as good if not better: toes.

Fingers are the preserve for primates (humans, monkeys, baboons, chimps, etc.), a club to which cats proudly don’t belong.

So, the right question we should be struggling to answer is: how many toes does your cat have?

Digits is the catch-all name for both fingers and toes. While fingers are digits found on the forelimbs of primates, toes are found on the feet of all animals.

Toes are chiefly used as aides for walking or running but the way this is done is different depending on the animal.

Since cats belong to a group called digitigrades, they walk or stand on their toes with the rest of the foot raised. This gives them an advantage over other animal such as plantigrades (e.g. humans) or ungulates. They can move faster and more quietly, a useful thing when pursuing or stalking prey.

Plantigrades place the entire foot on the ground while ungulates (e.g., large mammals like giraffes, hippos, and rhinos) walk or stand on tiptoe.

Although it may feel a bit awkward, toe-walking can also occur in people—except that its only in children who afterward outgrow it.

According to evolutionary science, the first land animals evolved from sea fishlike ancestors.

On land, they needed feet and toes to support their weight. As a result, they adapted by shedding their fins for limbs. These creatures were five-toed which provided a pattern for later land vertebrates.

However, evidence has also been found that up to 8 eight toes were in the first 4-legged animals (called tetrapods) that came out of the water.

Later, these digits reduced to 5 which have been retained as the basic pattern for all birds, mammals, reptiles, and amphibians today.

Number of Toes in Cats

The number of toes that cats have is 18 in total. This consists of 5 toes for each front paw and 4 for each hind paw, making a total of 18.

That looks strange since it differs from the general pattern of 20 for most 4-legged animals. So, do cats suffer from a painful toe deficiency?

Actually, cats are excellently served by this number of toes. The front paw with its 5 toes is almost adept as the human hand, grabbing or handling items or performing its grooming rituals.

The hind paws are great for running, or pouncing. In addition, the 4 paws also come with soft pads which give the cat noiseless movement when it is pouncing or running.

The Curious Case of Polydactyl Cats

Having 18 toes is not the end of the matter for the cats though. Several cats can be found with more toes. This is due to a genetic anomaly known as polydactyly.

Instead of the normal 18 toes (five toes for front paws and four toes for hind paws), these cats have extra toes to give them up to 9 toes in any of their paws. However, the extra toes are commonly found in the front paws only.

Two polydactyl cats called Jake (a Canadian) and Paws (an American) entered the Guinness World Records for having the highest number of toes (28).

The highest toe number in a cat ever reported was 32 toes in 1974. This particular cat had a whopping 8 toes in each paw.

Other than the extra work it gives pet owners in trimming, the condition is harmless to cats.

Polydactyly should not be confused with Feline Radial Hypoplasia which is a severe deformity that also produces extra toes.

Polydactyl cats tend to be found in some geographical areas. For example, many are native to South West England and the East Coast of America.

If cats can show an excess in toes from the normal, surely, they can also have a deficiency?

It’s known as syndactyl. This condition is much rarer than polydactyl.

It is caused by fusion of one or more toes in the forelimbs. Just like in polydactyl, the cat is not affected. It’s able to run and climb normally.

The feline world is not dictated by toe norm of having 18 toes.

Take or leave a toe or two, most toe numbers are adequate to give the cat the toehold it needs to strut on the world platform with confidence.