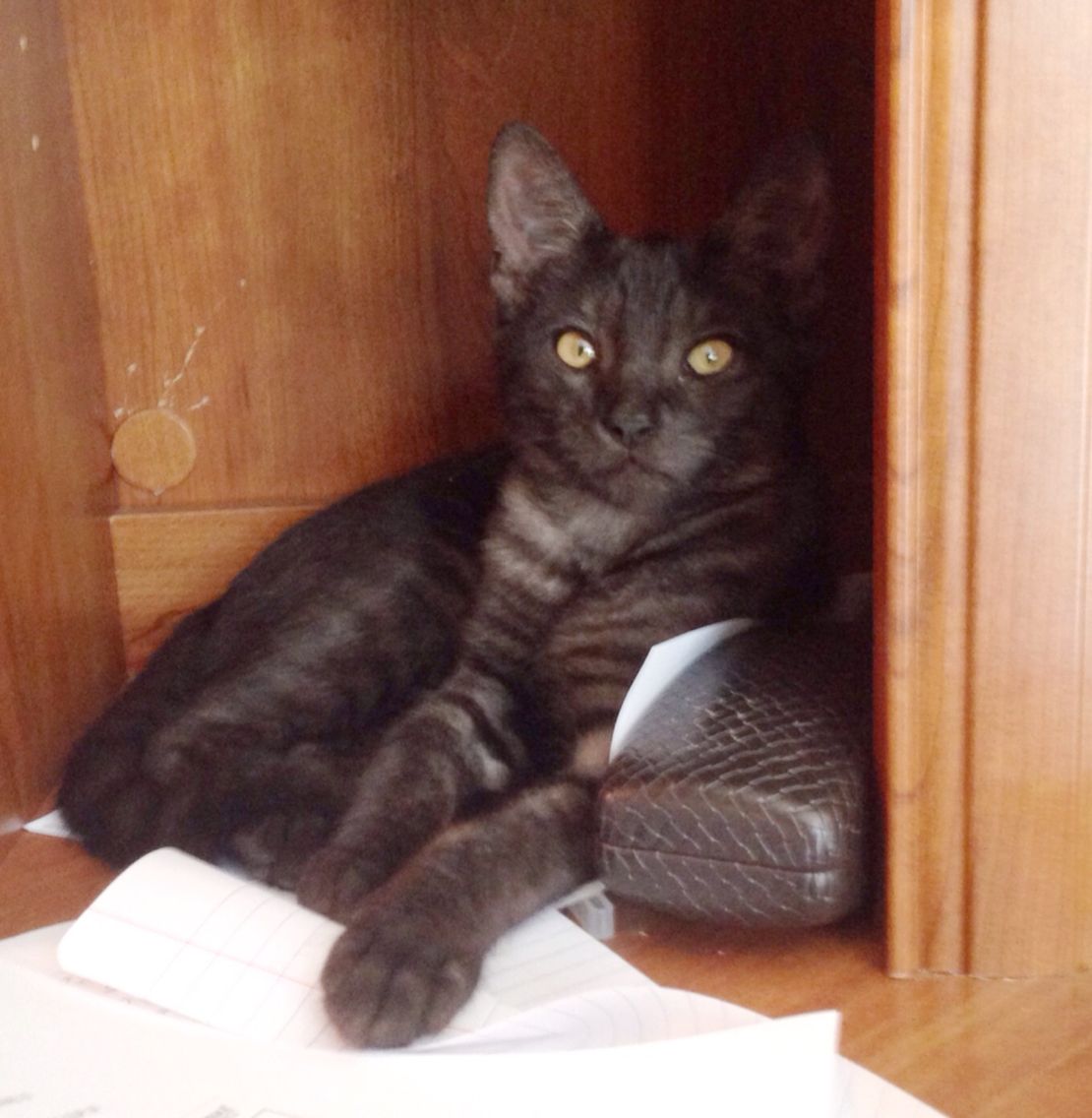 Have you ever seen a ghost tabby cat? These rare creatures are something to behold.

What sets these cats apart from other felines is their striking appearance.

Ghost tabby cats are mostly white, with patches of grey or black fur. They often have bright green eyes, which contrast sharply with their pale fur.

If you’re lucky enough to spot a ghost tabby cat, you’ll be sure to never forget it! They are not easy to find, but once you do, you will never forget them.

So, what is a ghost tabby cat? Let’s take a closer look.

What Are Ghost Markings On A Cat?

Ghost markings on a cat are simply patches of white fur that have a transparent or translucent quality to them.

These markings can occur on any color of a cat, but they are most noticeable on cats with dark fur.

Ghost tabby cats are especially beautiful because the contrast between their dark fur and bright white markings is so striking.

Many people believe that ghost tabby cats are lucky, and they are often sought after as pets.

If you’re lucky enough to have a ghost tabby cat in your life, be sure to cherish them! They truly are special creatures.

The tabby pattern is found in many different breeds of cats. Some people believe that all orange cats are tabbies, but this is not the case.

While the tabby pattern is commonly found in orange cats, it can also be found in cats of other colors.

Ghost tabby cats are simply tabbies with white fur instead of orange fur.

There are four types of tabby cats: classic, mackerel, spotted and ticked.

Ghost tabby cats are a type of mackerel tabby cat with very faint stripes on their fur. They are also known as agouti or Abyssinian-type Abby cats.

These Cats get their name from their unique coat pattern which is created by the interaction of two genes.

The first gene determines if the Cat will be black, brown, or red. The second gene controls how much of the Cat’s coat will be white.

When these two genes work together, they create beautiful agouti or Abby cats with very faint stripes on their fur.

These Cats are also known for their striking green eyes. Ghost tabby cats are very rare and are not often seen in the United States.

There are many different kinds of tabby cats, but the rarest is the ghost tabby.

This is likely because their coat coloration is so unique. Ghost tabby cats are felines with translucent fur that gives them a “ghostly” appearance.

As kittens, they typically have a classic or blotched coat pattern. This coat pattern is made up of large, circular patches that cover their entire body.

However, as they mature, their fur begins to lighten and take on this unique coloration.

Ghost tabby cats are not a separate breed from regular tabby cats. Any cat can be born with the ghost tabby gene.

However, it is most commonly found in British Shorthair and Siamese cats.

While they may look different than other tabby cats, they are just as friendly and loving as any other cat!

As we have established, a Ghost tabby is not a breed—it refers to the coat pattern.

This means ghost tabby cats can be found in several breeds, including domestic short-hair and long-hair cats.

As a result, it is difficult to make generalizations about the personality of ghost tabby cats.

However, we can take a look at some of the common traits associated with each parent breed to get an idea of what a typical ghost tabby cat might be like.

Generally speaking, domestic short-hair cats are known for being independent and self-sufficient.

They are also generally very adaptable and can do well in a variety of different environments.

Long-hair cats, on the other hand, are often known for being more laid back and easygoing.

They tend to be less active than their short-hair counterparts and may even enjoy a good cuddle session from time to time.

So, what does this mean for the average ghost tabby cat? Well, they are likely to be a mix of both personality types.

They may be independent and self-sufficient like the short-hair cats but also have a laid-back and easygoing side like the long-hair cats.

Of course, every cat is unique and will have specific personality traits, so it’s always best to get to know a ghost tabby before making any assumptions about their character.

How Much Is A Ghost Tabby Cat Worth?

Ghost tabby cats are especially unique because they have a translucent coat that makes them appear ethereal and this makes them quite valuable.

You can expect to pay upwards of $500 for a kitten and adult ghost tabby cats are even more valuable, with some individuals fetching prices as high as $2,000!

Related Post: How Much Do Orange Tabby Cats Cost?

Some say that these tabby cats are the result of a genetic mutation, while others believe that they are the product of crossbreeding between two different types of cats.

Whatever the case may be, there is no denying that ghost tabby cats are something special.

Ragdoll Tabby Mix: Is This the Right Kitty for You?

What’s it Like To Own an Abyssinian Tabby Mix?